The importance of Manufacturing 2075 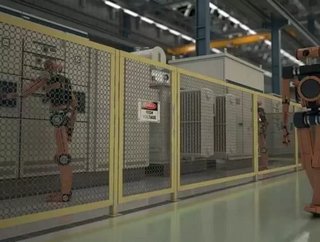 The major issue for manufacturing globally is the new world order of consumers - around a further 1.2 billion by 2020, its predicted. Industry and ac...

The major issue for manufacturing globally is the new world order of consumers - around a further 1.2 billion by 2020, it’s predicted.

Industry and academic experts at Cranfield University’s Manufacturing 2075 conference came together to debate what’s coming and what’s needed in terms of action now to adapt.

For the traditional manufacturing nations - the US, Japan, Germany and the UK - the industry is in decline in terms of economic contribution (down to a 20.7 percent share of GDP in the US for example, compared with around 33 percent in China). They need lower costs, more efficiency, new products and markets. For the younger manufacturers, China, India and other countries in the Far East and South America, the issue is rising labour costs eating into their competitive advantage (wages in the sector rose 14 percent in China in 2012 and the upward pressure goes on).

But digital, connected manufacturing can be the answer for problems being faced by both large and small manufacturers. According to experts at the event, the future is with networks of connected micro-factories, local manufacturing operations with a level of local staff serving local regions of consumers. In this way the global map changes, with a more even spread of activity around the world and much higher levels of participation and sharing of resources - dozens of factories in every community meeting needs for employment, wealth generation and plugged into local needs. It would be made possible by investment from the traditional manufacturers, using their R&D and technology base to remove any issues of physical location: virtual factories run largely by autonomous systems that are managed and monitored remotely, with the ability for systems managers to intervene at any stage without physically being present at the micro-factory.

Professor Steve Evans (Institute for Manufacturing, University of Cambridge) pointed to the importance of 'foraging factories'. These will be small operations sitting in one place and finding raw materials in what’s around in local area, drawing on Internet of Things systems to see what’s available and when, what materials are soon to go out of use and can be recycled. Production is entirely intelligence-driven, based on direct information from consumers and their products about what’s going to be needed and when.

The foraging approach will be one of the ways to tackle the problem of political tensions over manufacturing. The future growth of manufacturing, Steve argues, won’t necessarily increase the number of jobs. It also won’t be contributing to GDP in the way governments would like. Instead, using this circular economy model of large numbers of small, localised operations, manufacturing will produce four times the ‘value’ in terms of added services. It will also use half the amount of natural resources and be zero carbon.

New materials will be critical for making much large consumer markets sustainable, meaning a huge shift from a sector based on physics to one rooted in expertise around biology. Issues of scarcity - the rise of ‘crisis minerals’ and greater consumer awareness of ethically ’good’ and ‘bad’ materials in products - will mean the need for more ‘grown’

resources, as well as entire products which can be grown in labs from scratch. Professor Inoue (Director of the International Institute for Green Materials, Josai University, Japan) highlighted the vast market potential for bulk metallic glasses which will be the basis of mass-produced and ecofriendly electronic components - sustainable raw materials, cheaper to make and more energy efficient.

When it comes to finding new solutions to the issues of sustainability, Dr Bernard Foing (Executive Director, International Lunar Exploration Working Group, European Space Agency) goes much further. He is working on a manned Moon Village by 2030. To begin with a group of ten humans would live in a habitat created by robots and their 3D printed modules.

By 2075 this would become a Moon Republic of a million people, most of whom will have been born there. The vision is dependent on in-situ mining and manufacturing, making the communities self-sufficient. The Moon’s resources of a ‘soil’ containing glass and iron for building materials, billions of tonnes of water ice and limitless solar energy, means the plans are grounded in reality. The first manned flight to set up Moon Village operations is due in 2022.

The predicted growth in the population of the African continent over the next 100 years will be the basis for a new manufacturing superpower, says Peter Marsh (ex-Financial Times Manufacturing editor). With China’s population shrinking and the need to break the dependency on imported goods, African nations will have the consumer base to generate a spiral of rapid industrial development and investment.

This more equitable, stable and sustainable global future will be dependent entirely on agreed standards. Critically there will need to be collaboration over allowing freedom of trade and secure data exchange across borders to create a mutually beneficial global manufacturing environment - and that means starting out with a shared vision now. The sooner industry, manufacturing bodies and governments can start to plan the better.