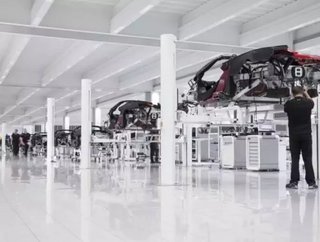 UK car manufacturer McLaren has announced that the successes of 2015 will allow them to hire 250 new staff members, effective immediately. The Woking-b...

UK car manufacturer McLaren has announced that the successes of 2015 will allow them to hire 250 new staff members, effective immediately.

The Woking-based producer of luxury sports and supercars has had record years every year since 2010, with demand continuing to increase. Five new models were released in 2015, including a P1TM car aimed at the exclusive owners’ club. Last April, McLaren launched the new Sports Series family at the New York Automotive Show, aimed to a wider market as a more accessible vehicle for fans. Production of the Sports Series began in November, yet McLaren’s retailer network already holds a backlog of six months’ worth of orders.

Last year McLaren delivered 1,654 cars across 30 countries, and this surge in popularity has meant that 250 new jobs need to be created, spread across three departments: production (200 positions), quality (30), and logistics (20). Recruits are being hired as of now in preparation to begin in February. This will add 40 percent to the existing head count, and increase production from 14 cars per day to 20 as of mid-2016.

Mike Flewitt, Chief Executive Officer of McLaren Automotive, said of this growth: “When the company was set up in 2010, we set ourselves an ambition to launch one new car every year. In 2015, we launched five… I look forward to receiving the 250 new production team members to the company shortly. All of these developments in 2015 give me a very positive sense of confidence that our product range and long-term business plans are heading in exactly the right direction.”