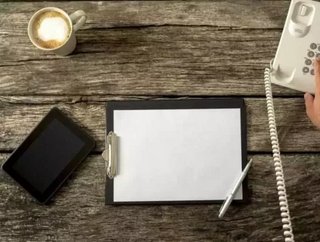 Some 70 percent of business decision-makers have admitted that their organisations salespeople do not have a systematic approach to engaging with custom...

Some 70 percent of business decision-makers have admitted that their organisation’s salespeople do not have a systematic approach to engaging with customers and prospects. Carried out for sales and negotiation experts Huthwaite International, the national YouGov research found that only 22 percent of British business decision makers said their organisation has a single sales methodology and eight percent do not know whether they did or not.

Tony Hughes, CEO at Huthwaite International, comments: “Considering most businesses have been set up in order to sell goods or services, it’s simply baffling that so few have a systematic approach to it. The fact that 71 percent of respondents in small companies (one-49 employees) say they don’t have a single sales methodology is perhaps understandable for a variety of reasons. But for the 67 percent in large companies (250+ employees) without a systematic approach there really is no excuse.

“Considering we’ve been a trading nation for hundreds of years, many companies still don’t appear to have a professional approach to selling. ‘Sales’ is not a dirty word and giving salespeople the tools to succeed can make a huge difference to the growth of the business. A sales methodology - and the skills that bring that methodology to life - allows customer-facing staff to build the value of the product or service with buyers, along with the value of their organisation itself,” says Hughes.

And manufacturing, with much talk of how it will increase trade to rebalance the UK economy, has just 16 percent of respondents saying they have a single, commonly used and understood sales methodology.

Hughes continues: “While manufacturing saw an upturn during the economic recovery, that now seems like a distant memory. If manufacturers are serious about growing their slice of the pie, they need to start thinking about selling in a different way. Talking benefits – as opposed to features – is enough of a challenge for most manufacturers, but even this is not far enough. They need a systematic approach to exploring, uncovering and developing their customers’ needs and a common language for presenting solutions and calibrating their progress in the sale.`

“Our previous research has shown that salespeople are not listening to their customers enough and are not asking the right questions. These are just two of the skills gaps that need to be addressed if a company wants to improve the performance of its sales force. It’s not just going to spontaneously get better, leaders need to take these skills seriously and invest in their employees’ development.”