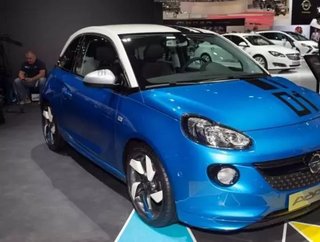 Chief Executive of struggling car manufacturer Opel says that it will make use of parent company General Motors more as part of its effort to return to...

Chief Executive of struggling car manufacturer Opel says that it will make use of parent company General Motors more as part of its effort to return to profit and garner a larger market share in Europe along with sister brand Vauxhall.

Karl-Thomas Neumann outlined plans to become number two in the European passenger car market by 2022 with an increased market share of eight percent, up from the current level of 5.8 percent.

An integral part of this plan is to release 27 new models and 17 new engines in the next four years with the significant help of GM’s technologies.

This will help reverse a trend which has seen a distinct lack of small cars, the most popular sort bought in Europe, and brings hope that Opel and its parent company will see eye to eye on a new strategic vision after a period of uncertainty.

Last year GM said it would invest €4 billion in Opel by the end of 2016 to support the development of new cars, forming part of a strategy to intertwine the Opel and Buick product ranges to share development costs, while focusing Opel sales in Europe, and Buick sales in the United States and China.

Neumann wishes for Opel to return to profit by 2016.