Safran are building a new manufacturing plant in India 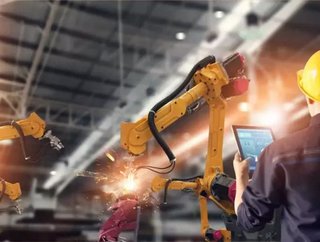 Philippe Petitcolin, Chief Executive Officer of Safran and Shri K.Chandrashekar Rao, Hon'ble Chief Minister of Telangana, have announced the construction of a new plant in Hyderabad to make parts for the LEAP turbofan engine from CFM International.

Operating in the aircraft propulsion and equipment, space and defense markets, Safran has a global presence, is listed on the Euronext Paris stock exchange and is part of the CAC 40 and Euro Stoxx 50 indices.

Supported by the Telangana State in southern India, Safran will invest €36mn (US$41mn) in the new plant, which will span 13,000 square meters (140,400 sq ft), including 8,000 square meters (86,400 sq ft) of workshops, in the Special Economic Zone of GMR near the airport. Construction is set to kick off in June 2019, and will aim at delivering the building and producing the first parts in early 2020.

The plant will employ 50 workers by the end of 2019 to launch operations, and will reach a workforce of 300. The plant will be based on Safran's highest standards for industrial processes and machinery, including real-time monitoring of production parameters, and the latest integrated inspection methods.

"We're delighted to open a new chapter in our long history with the Indian aerospace industry, thus reasserting Safran's commitment to our "Make in India" strategy," said Petitcolin. "Aerospace continues to be a significant driver of India's growth, and we want to fully support this dynamic by bolstering our investments and training programs in the country."

"We are delighted that Safran has selected Hyderabad to establish its Safran Aircraft Engines manufacturing plant, thus joining the league of other global Original Equipment Manufacturers (OEMs) who are already manufacturing and exporting from Telangana," added Chandrashekar. "Aerospace is a focus industrial sector for Telangana and the State government is providing maximum support to encourage the industry."

When the plant hits cruise speed in 2023, it will be able to deliver 15,000 parts per year to support the LEAP's sustained production rate. CFM is set to deliver 1,800 engines in 2019, rising to 2,000 starting in 2020. The new-generation LEAP entered service in 2016 and powers more than 700 Airbus A320neo and Boeing 737 MAX commercial airliners, including 54 operated by Indian airlines.

Safran has operated in India for some 65 years, and now has over 600 employees at seven companies which provide design, production and support services for aerospace and defense, plus a maintenance training centre in Hyderabad for CFM engines, training more than 500 technicians a year.

Safran had already announced in 2018 the construction of a Safran Electrical & Power factory to produce LEAP engines harnesses and Rafale fighter electrical wiring interconnections systems. Also located in the Special Economic Zone, this 4,000 square meter factory will be delivered by mid-2019 and will have 250 people. Operations have already gotten under way in temporary premises with 33 employees, 19 of whom were technicians identified from the State of Telangana and trained through partnership between Telangana Academy of Skill and Knowledge and Safran Electrical & Power.

With this new Safran Aircraft Engines plant in Hyderabad, Safran is expanding its local footprint, while also leveraging synergies with the Indian aerospace industry.

The company has also recently copleted the acquisition of the ElectroMechanical Systems business from Collins Aerospace. Consisting of actuators and pilot controls for aircraft, the move will bolster Safran’s market position and will create synergies within the electrical actuation and flight control segments. It will also work to expand the electrical actuation and flight control business lines of Safran Electronics & Defense and Safran Aerosystems.