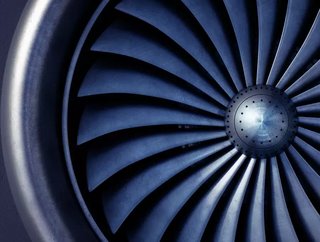 From commercial planes to fighter jets, we take. a look at the top ten aerospace companies

Rolls-Royce took the automotive industry by storm with its luxury leather seats and Spirit of Ecstacy, and it is doing the same to the aerospace industry. With over 16,000 military engines in service with 160 customers spanning across 103 countries, it is evident that they are successful in this department as well.

L3Harris has been serving the United Kingdom for over 100 years, delivering unique capabilities across air, land, sea, space and cyber for military, security and commercial customers, internationally, through their team of over 2,000 employees.

Some of the company's air capabilities include:

Safran S.A. is a French multinational aerospace-component corporation, since its creation in 2005, the company has gained a name for itself and its 81,000 employees. The company was formed through a merger between SNECMA and SAGEM.

The company specialises in:

Raytheon Technologies Corporation is an American aerospace and defence company that is focused on advancing aviation, creating innovations, etc.

Not only do they use advanced technology to provide innovative solutions to customers, but they are also committed to making an impact. Their corporate social responsibility initiative, Connect Up, connects talented, purpose-driven people to uplift the community.

GE Aviation a subsidiary of General Electric (a world energy leader) founded in 1917. The company manufacturers and sells jet engines, components and advanced systems for commercial and military aircraft.

Northrop Grumman is an American aerospace and defence technology company, founded in 1994. Since then, the company has jumped from strength to strength and built and transformed its business to operate in many areas; Cyber, Air, Space, Land, Sea, and more.

The company says that they are "defining possible" from building some of the world's most advanced aircraft to providing critical logistics to America's emergency services, find out what they offer here.

Lockheed Martin Corporation is an American aviation, information security and technology corporation, birthed by the merger of Lockheed Corporation and Martin Marietta in 1995. Since then, it has been advancing scientific discoveries and constantly using innovative technology to solve complex challenges and ensure the safety of customers.

The everlasting battle between Boeing and Airbus continues, with Airbus winning this one, but who are they? Boeing is an American specialist company that designs, manufactures and sells aeroplanes, rockets, and many more innovative products.

For over a decade, the company has been taking the aerospace industry by storm, becoming a household name and racking up a revenue of $17.0 billion in Q2 of 2021.

Their most famous products include the 737 MAX, which they have made great progress with getting back into service, the 787 (Dreamliner) but commercial is not all that they do, they serve for defence and space too.

At the top of the list is the international aerospace pioneer, Airbus who has been battling with Boeing since the 1990s and taking the industry by storm since 1970.

Whilst every industry has been shaken by the COVID-19, however, the innovative aerospace company has not let it dampen them, they sold 297 commercial aircraft in the first half of 2021, racking up an impressive revenue of € 24.6 billion in just six months, in what has been a turbulent year.

Their most famous products include the A380, a modern domestic model, and the Eurofighter, a modern swing-role fighter jet.