Scottish beer manufacturer launches funding round for US expansion 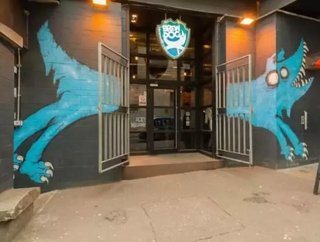 Scottish craft beer companyBrewDoghas launched a crowdfunding round to aid its expansion in the US. The business is hoping to raise $50 million in si...

Scottish craft beer company BrewDog has launched a crowdfunding round to aid its expansion in the US.

The business is hoping to raise $50 million in six months for its Equity for Punks USA investment scheme. This is its fifth fundraising scheme and the first American one.

Brewdog underwent its first round of funding in 2009, and since then it has raised £29 million. The last round, which was to expand the Ellon, Aberdeenshire brewery, fell short of its target.

Construction of a 100,000 square foot Columbus, Ohio brewery is underway and will open later in the year.

Brewdog has over 40 bars across the UK and overseas, also exporting to 55 countries and employing more than 600 people.

As reported by the BBC, Brewdog co-founder James Watt said: "Equity for Punks is a completely new business model in the States - it's a revolution in small business finance.

"We're asking beer fans to help us change the face of small business finance in the US and spread our passion for great craft beer.

"Few companies have been so bold as to turn their backs on traditional financial institutions in favour of a brave new world of community-driven business.

"We've pioneered the Equity Punk model in the UK, and now we're bringing our unconventional approach to alternative business stateside."