Shortage of qualified workers is causing concern for manufacturers 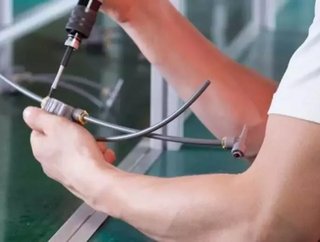 According to the 2016 Manufacturing Outlook Survey of over 900 companies put together by ASQ, an increasing number of manufacturers are struggling to so...

According to the 2016 Manufacturing Outlook Survey of over 900 companies put together by ASQ, an increasing number of manufacturers are struggling to source genuinely talented employees to fill skilled vacancies.

The number of qualified applicants has dropped, with 51 percent of the survey respondents – seven per cent up from 2011 – claiming this to be their biggest issue when hiring. 25 per cent stated that their biggest challenge is the time it takes to find a new employee, and 17 per cent blamed a lack of budget to support their search.

However, many manufacturers are taking a proactive approach to dealing with the issue. 55 per cent of the respondents say they’ve hired agencies to find the right employees for them, and 41 per cent are combining with local colleges to help supply the necessary qualifications.

Cecilia Kimberlin, ASQ Chair, said: “The shortage of qualified applicants remains a clear concern for manufacturers. It’s pivotal that workers get the training and education they need to fill these roles and be successful in the high-tech manufacturing field – whether that’s through on-the-job training, or through an organisation like ASQ.”

The reason behind the drop in suitable employees has been pinned upon the retirement of the Baby Boomer generation, leaving many gaps in the market, although companies are split on how badly retirements affect their business. What they can agree on, however, is the waning confidence in the economy; 83 per cent of manufacturers expected increased revenue in 2015, but only 65 achieved that, down from 10 per cent in 2014.

Despite this, many are confident for the future, with the majority expecting to implement pay rises or wage freezing, and increased staffing levels in 2016.