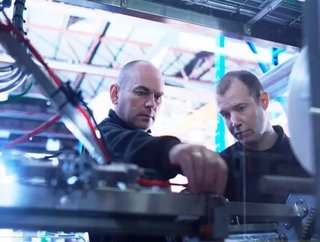 With the importance of operating a sustainable business in an industry consistently experiencing technological change, it has become vital that companie...

With the importance of operating a sustainable business in an industry consistently experiencing technological change, it has become vital that companies embrace technology and introduce new systems in order to keep up with competitors. In particular, the manufacturing sector has heavily embraced technology with many companies undergoing a digital transformation.

Chief Executive Officer (CEO) of TrakRap, Martin Leeming, believes that industry 4.0 is prioritised heavily at his company. “It's massive for us. I suppose you can argue that we're unfortunate because we're coming into an already established industry of end of line packaging,” he says. “However, where we're fortunate is that because we're coming in late, we're able to start off digitally. We don't have any baggage and haven't got to try and transition from one to the other.”

Having initially joined TrakRap in 2010 following 15 years serving in senior level roles at supermarket giant, Asda, Leeming affirms TrakRap was an idea in which he saw potential from the beginning. “When we considered all sorts of new and emerging technologies in packaging, I came across TRAKRAP,” he explains. “To cut a long story short it was something I believed in and was passionate about as I felt it was the answer for the future. The owners of that company asked me if I'd join them and it was one of those life moments where you think, “I'd like to try and build something from scratch.

“As CEO I should be setting the direction, leading, employing the right people, and preparing with investment and growth. However, in reality you get mixed up with customers and most of your time becomes problem solving. I think it's the case for every growing business and I don't think any small and medium sized enterprise (SME) CEO would say any different. The things I should be doing I don't spend enough time on, and the things I shouldn't be doing I spend too much time on.”

TrakRap designs and manufacturers packaging machinery and sustainable packaging solutions for companies in an industry that caters towards supermarkets and retailers. With innovation a key priority, the firm has implemented new technology called the TRAKRAP System. Developed through forming a unique combination of the TRAKRAP machine alongside the specially designed ultra-thin stretch film, innovative pack designs are merged together to provide the most cost-effective, environmentally friendly solution available.

In order to remain sustainable, Leeming maintains that his company focuses on using as little plastic as possible and always ensures it is recyclable. “There are good plastics and bad plastics. We focus very much on the good plastics and on using the minimal amount possible,” he says. “Similarly, with corrugate, we reduce the amount used in all our applications, so our packs always use less materials and are always recyclable. We're able to combine different elements. We use film, which is linear low-density polyethylene, and it's a pure C8 polymer so it can be recycled many times. I think the debate around plastics is very emotional at the moment but I believe as the dust settles people will realise that they're an incredibly versatile, useful and important economic asset, both in terms of food life but also cost. Recyclable is very important.”

TrakRap has invested heavily in digitalisation and has demonstrated a commitment to innovate. Leeming affirms that his company prioritises innovation as TrakRap bids to differentiate itself from other competitors in the manufacturing sector. “We've got a digital platform and we're able to disrupt the market in terms of new packaging designs and use the connectivity of digitalisation in order to link up with other systems that can have a massive impact on the productivity of end of line packaging systems,” he says. “We're continually innovating all the time and we’ve got a lot of stuff going on. Collaboration is probably our biggest way of staying ahead because we’ve been guinea pigs - however, I believe we've now started to become more mainstream.”

In order to establish and maintain success, some companies collaborate with each other for mutual benefit. Through forming a key partnership with Siemens, TrakRap named the automation giants as its Technology Partner, where the collaboration helped to demonstrate the firm’s commitment to investing in the latest engineering facilities and technology. “If we look at some of our partners such as Siemens, we can't afford the level of skills and expertise that Siemens has due to us operating as a SME,” explains Leeming. “But they want to work with us because they don't get the interface that we've got with our customers with an end product. By combining those two, it means that we can keep up to date with the very latest digital technology.”

Having won the FDF innovation award for the TRAKRAP System in September 2018, Leeming hopes to reflect on the company’s success during the past year and use it as a springboard for future achievements. “During the past 12 months, we've gained new customers which is always a good sign because we're breaking into a very risk-averse business. The food industry, because of the penalties that supermarkets provide, is very conservative and slow to adopt new technologies. With us winning new business, it has meant that we’re overcoming these challenges,” he says. “We’re currently working with collaborative robot suppliers to develop a plug-and-play end of line solution. The digitalisation and connectivity has allowed this to become very simple and I believe there's around 3600 food production lines in the UK that would benefit from this technology. With the FDF consisting of 7000 members of which 96% are SMEs, I believe there's a huge potential for productivity improvement in the future.”