Where now for UK manufacturing? 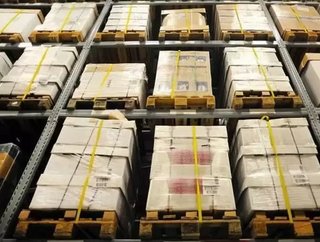 Following the Prime Ministers clarification on the UKs likely post-Brexit relationship with the EU, Britains manufacturing sector will be looking to det...

Following the Prime Minister’s clarification on the UK’s likely post-Brexit relationship with the EU, Britain’s manufacturing sector will be looking to determine what the future holds in store outside the single market.

UK manufacturing is currently robust, with the sector ranked 11th in the world, responsible for 54 percent of Britain’s exports and 2.6 million jobs.

Following the Brexit vote last June we saw a significant fall in the Pound against key currencies like the Euro and US Dollar which has played havoc with the markets. The British manufacturing sector has, however, dealt with this fallout amid waves of growth speculation and revised forecasts, not to mention this new found weakness in the currency.

The sector didn’t just perform well in the second half of 2016, it hit a 30-month high. Markit’s UK manufacturing purchasing managers’ index (PMI) reported a rise from 53.6 in November to 56.1 in December.

Meanwhile the Office for National Statistics stated that it estimated manufacturing increased by 1.3 percent in November.

While this has been positive news for the sector, UK economic growth in 2017 is expected to slow. The manufacturers’ organisation EEF has noted in its Executive Summary that 46 percent of manufacturers are expecting their business to face more risks than opportunities in 2017 with only 23 percent suggesting that opportunities will outstrip risks.

The pound’s exchange rate has been deemed largely responsible for the upswing in manufacturing as overseas buyers take advantage of the weaker currency, but it’s brought with it another problem – cost. Manufacturers have voiced concerns about Brexit talks dragging the pound down further and prolonging a period of profit pressure as import prices increase.

Following the Brexit vote, the Confederation of British Industry (CBI) noted that although the weaker exchange rate may have boosted overseas purchases, domestic orders had been dented. Likewise, as sterling begins to eventually ramp up import costs and businesses have their profit margins squeezed, consumers are likely to witness price increases which could potentially cause a decline in domestic spend.

Looking forward, the prospect of what now seems likely to be a ‘hard Brexit’ creates some exciting opportunities as well as real threats for UK manufacturing. In the longer term, if the UK Government is successful in securing structured trade deals with key countries outside the EU, British manufacturing businesses could thrive in a new and favourable global trading landscape.

This optimistic view is supported by some positive developments with some high-end manufacturing products being launched in the UK, including plans by the business tycoon Sanjeev Gupta to begin producing top of the market carbon-fibre bicycles in Britain.

The sector has also been bolstered by commitments from companies such as Rolls-Royce to continue their manufacturing in the UK. Indeed, 2016 saw Rolls-Royce announce its second-best sales figure on record in its 113 history.

While the potential of securing positive trade deals outside the EU could provide some great opportunities for the sector, the concern is that if this process is dragged out it could affect confidence and lead to UK manufacturers moving operations overseas.

These global trade negotiations will be especially critical for the automotive manufacturing industry as the UK exports over 1.2 million cars every year and half of those make their way to the EU. Although the weak Pound may be contributing towards an upswing in UK-based car manufacturing now, some industry experts are concerned that investments in the latest automotive technical advances such as autonomous and electric vehicles may be impacted depending on how the economy fares in the future as the UK leaves the EU.

As we enter 2017, manufacturing sector businesses face new and uncertain prospects. There’s likely to be a lot of currency fluctuations as markets adjust to new developments. It is therefore vital that exporting manufacturing businesses in Britain put in place a strategy to mitigate this uncertainty and the possible impact on revenues.

The trade deals with the EU are likely to cause an elevated level of volatility with the pound as it will determine the price of manufactured products for British people, and also impact on the profit margins of businesses.

Manufacturing and other aspects of the UK economy have stood strong in the face of Brexit but the negotiations which will follow the triggering of Article 50 could very likely bring more uncertainty. While the sector could see some short term benefit, especially through further fluctuations in the pound, its longer term prospects will be determined by the success of Government negotiations with both the EU and other potential global trading partners.