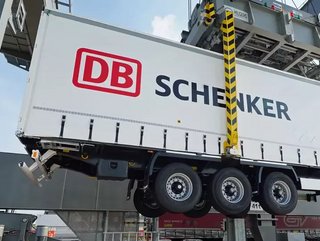 Starting January 2022, DB Cargo UK will launch a two-way rail freight service for new Toyota cars. The freight will flow both ways, as the company exports Hybrid Corollas to France and the Czech Republic and imports Toyota Aygo, Yaris, and Yaris+ models into the UK. In sum, the factory will cost £2.6mn—but for a good cause: post-Brexit survival.

‘The facility will be a win-win for both STVA, Toyota, and ourselves’, said DB Cargo’s UK Chief Executive Andrea Rossi. ‘It’s an efficient and environmentally-friendly rail logistics solution for one of our most important customers’.

The grand locale of Toton, Nottinghamshire. DB Cargo already had a facility there, but it wasn’t using all its land. Now, the company will construct a new compound to store finished vehicles and devote a part of the site to loading and unloading. Said Rossi. ‘We’ll breathe new life back into redundant land’.

First of all, DB Cargo will help smooth the rails to post-Brexit trade. Each week, three new trains will carry up to 230 Toyota models back and forth to Europe. In addition to efficiency, DB Cargo is trying to cut its dependence on greenhouse gases. ‘Our rail solution will not only reduce congestion on the UK’s road network’, said Rossi. ‘It’ll generate significantly fewer emissions’. Added UK Rail Minister Chris Heaton-Harris: ‘We’re boosting British business—whilst cutting carbon’.

To be honest, DB Cargo is smart to partner logistics and manufacturing. Of course they want to sustain the planet—but they also want to sustain profits. As long as oil supplies become more fragile and remain dependent on tenuous geopolitical ties in the Middle East, it’s in their best interests to come up with better ways of shipping goods. And that brings us to DB’s second announcement: eco-friendly fuel.

Sounds like something you’d put on pancakes in the morning, albeit a bit cautiously. But this type of oil is DB Cargo’s new source of fuel for its diesel locomotives. It’s produced from vegetable oils and animal fats, and works because it has a similar chemical structure to traditional diesel fuel. In contrast to diesel, however, HVO is fossil-free and reduces CO2 emissions by 90%. Finally, according to BioFuel Express, it’s able to be used with all modern diesel engines, whether that be trains, trucks, or machinery.

Overall: this is a good step towards fossil-free freight for both Toyota and DB Cargo. As Leon van der Merwe, Vice President of Supply Chain at Toyota Motor Europe, noted, the new Toton plant will ensure that its low-emission vehicles will be transported in a way that’s sustainable. And in the words of Rail Minister Heaton-Harris: ‘Trains are one of the most eco-friendly ways to transport goods. DB Cargo is leading the way in making it even greener’.