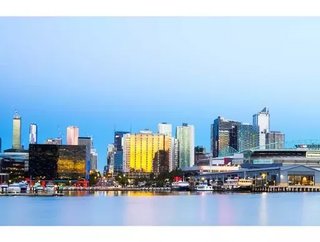 The middle eastern country is pressing ahead with stage two of the construction project...

Etihad Rail, the developer and operator of the UAE’s national railway entity, is tripling its fleet by announcing the award of a contract for the manufacture, supply and commissioning of 842 new wagons.

This expansion paves the way for rail to become the primary mode of transport for freight haulage in the UAE following the completion of Stage Two of construction. It connects the entire country through 605 kilometres of track from the western port area of Fujairah, across the other ports of Jebel Ali and Khalifa which are close to Dubai and Abu Dhabi respectively, all the way to the eastern enclave of Ghweifat on the Saudia Arabia border.

His Highness said: “Etihad Rail is building a sustainable national railway network designed to transform the UAE’s freight transport and logistics mode of operation by modernising the haulage map for the end-users, customers as well as operators.

“The national railway network is designed to cater to the needs of customers and related industrial sectors, as well as existing multi-modal transport systems. Etihad Rail, the operator of a new, modern, scalable, and reliable mode of transport, will directly support the vision of the UAE’s wise leadership for economic growth and sustainable transportation.”

The newly acquired wagons will be manufactured according to specific GCC requirements, including state-of-the-art breaking, signalling, and communications control and safety systems while being tailor-made for the specific regional environmental conditions in general and for the UAE in particular.

The Catalyst for Regional Growth

By tripling its wagons fleet, Etihad Rail’s annual transport capacity will increase by a factor of eight, transporting cargo such as containerised and bulk freight, including petrochemicals, aggregates, construction-related materials, industrial and perishable goods, waste, cement and all related construction materials, aluminium, perishable goods, as well as general cargo, both domestically and internationally.

Stage Two of the Etihad Rail network is moving forward rapidly, as all contracts for the construction, civil works, Freight Facility centres and the Operations and Maintenance headquarters have been awarded, plans approved, and ground was broken on the Stage Two rail corridors.