Manufacturers are struggling to meet product demand without digitisation 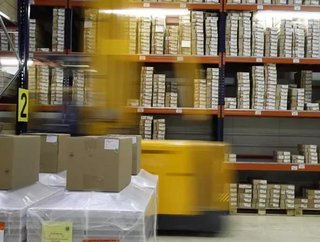 According to a new survey released by Winshuttle, manufacturers are currently feeling the strain of increasing production due to high demand. The surve...

According to a new survey released by Winshuttle, manufacturers are currently feeling the strain of increasing production due to high demand.

The survey – which assessed more than 100 global manufacturers using SAP ERP systems – notes that 75% of manufacturers claim to be under increased pressure to reduce production time of new products.

28% of the manufacturers assessed want to cut New Product Introduction (NPI) cycles by more than a quarter.

KPMG, the professional services company, recently stated that to grow and remain competitive, manufacturers must release new products at a faster pace and on a larger scale.

90% of manufacturers are worried about consumer loyalty, KPMG suggests, and 78% are concerned about the relevancy of their products in the coming years.

Approximately 75% of manufacturers, however, do intend to release more new products than ever in the next four years.

“Clearly the pressure is on for manufacturers to move faster and beat their competitors to market with new products,” stated Heather Oebel, NPI Solutions Manager at Winshuttle.

“Our data shows that the most impactful improvement for respondents would be the automation of data collection and entry into their ERP systems.”

“Respondents are also keen to see increased visibility into the status of new launches and improve the quality of their data.”

“By implementing digitised solutions that accelerate the data collection process, organisations can gain the speed and agility needed to remain competitive in today’s fast-evolving marketplace.”