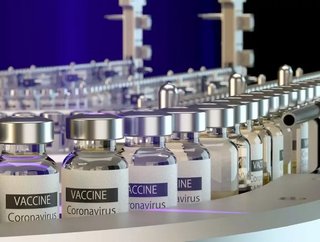 As we said in Canada’s vaccine strategy; a lesson in poor risk management, Canada was once a global leader in vaccine development with domestic manufacturing capabilities. Today, however, the country struggles to import vaccines, lagging behind on its vaccine rollout. And is the only member of the G7 to both contribute and withdraw from COVAX, a fund working towards equitable global distribution of the vaccine.

So, how did it get here?

"We've let it slide," said Bernstein, president and CEO of CIFAR, a Canadian-based global research organization. "It's like PPE. It's been just as easy, if I can put it that way, to buy vaccines offshore."

"The problem has been that governments are driven by short-term needs ... and, in the absence of COVID-19, there was no obvious, immediate need to have a national vaccine facility. We were getting all the vaccines we needed; everything was fine. Now, we know there's a problem.

Infectious disease expert and a former member of the H1N1 vaccine task group in Canada, Earl Brown, says Canada took it's "eye off the ball." After the H1N1 pandemic, a review found that vaccine production capacity was at the top of the list of problems.

"The problem was they had a poor business model," said Brown. "These were vaccine companies spun off from universities, so there was indirect funding, and they had a model of not making so much profit."

But during a global pandemic, outsourcing vaccines offshore is a high-risk venture. Domestic production is critical to saving lives.

With hundreds of millions of dollars in new federal funding and spurred by the increased pressures for the vaccine, several teams are now building the infrastructure Canada needs to produce vaccines domestically. Among the largest is Quebec-based biopharmaceutical company Medicago.

Experienced in developing rapid responses to emerging viruses, Medicago received $173 million in federal funding for its Covid-19 vaccine research and to establish a manufacturing facility in Quebec City. Medicago's senior director, Nathalie Charland, said its aim is "to first develop new technologies to react rapidly, but also to be able to protect our own citizens."

If things go well, through facilities in both Canada in the U.S, Medicago hopes to be able to produce 80 million doses by the end of 2021 of its plant-based Covid-19 vaccine candidate. The company expects manufacturing every process end-to-end under its roof in Quebec will take until 2023.

"We hope to be able to produce anywhere between 500 million and 1 billion doses per year," Charland said. That's enough to cover Canada's population of 37 million, and then some.