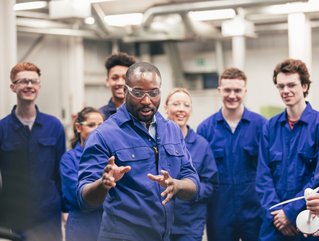 Manufacturing businesses want to build diversity within their workforces. Here are our Top 10 tips for a team that’s varied, cohesive & above all, diverse

There used to be a time when it was considered standard for the global manufacturing workforce to be filled entirely with local men, working with a cigarette between their teeth. Nowadays, the manufacturing industry offers a career to every kind of person (and AI program), to anyone and everyone who’s interested in technology – especially if they can solve problems and pay close attention to detail.

Yet statistics show that women are still a minority in manufacturing and BAME representation on Boards within the industry is intolerably low, at just 5%.

The manufacturing sector has evolved over the years and it will continue to do so in future.

Gone are the days of child labour and twelve-hour shifts; now is the time of diversity and AI. So, don’t fear the next step – whatever it is. Employees should be encouraged to ask questions and make suggestions. Whether it is a social move, a technological breakthrough, or a mix of the two (such as video meetings), don’t fear change, but work alongside it. 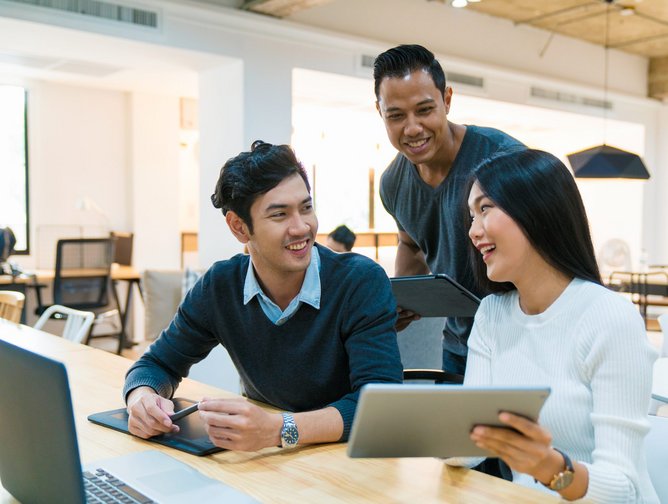 Women make up only 29% of the UK’s manufacturing workforce. The popular saying, ‘you cannot be what you cannot see’, here suggests that a networking event for women in manufacturing – or similar – could help to encourage new recruits and interns, with wisdom passed on from their peers.

By joining events put on for women in the sector and having the space to speak with those who have been in the sector longer than they’ve been alive, women can find guidance and peer support.

According to Arungalai Anbarasu, Chief Technology and Strategy Officer at Waygate Technologies, building a diverse manufacturing workforce comes down to leadership that is authentic, resilient, inclusive, disruptive and empathetic.

"The key is empathy and authenticity," said Anbarasu. "This builds a trustful relationship that then breeds a fruitful partnership where we undertake challenges and fulfil transformational activities successfully."

Leaders who want to build a diverse workforce should look at themselves and their own circles first, determining how their own behaviour can inspire long-term change. 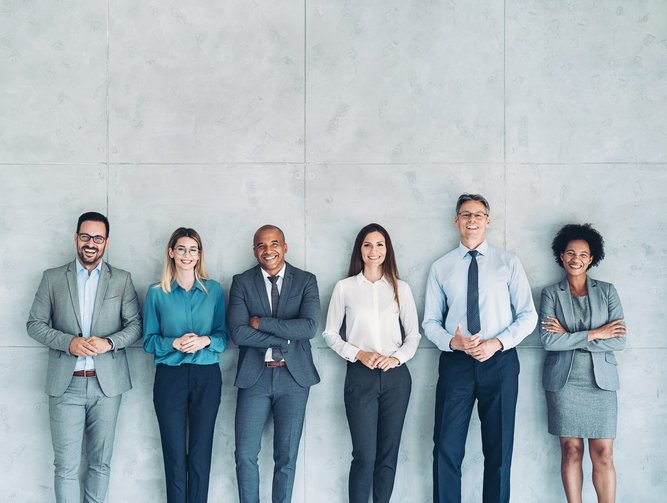 7: Be clear on the benefits of diversity

Coen Huesmann is the Vice President of Consulting Services Manufacturing Centre of Excellence at CGI. Experience has taught him that there’s real strength in diversity – from which the manufacturing sector has a lot to benefit.

“I like to work with diverse teams because I think they make better decisions, reach better goals and are more innovative,” said Huesmann. “Being inclusive allows you to build bridges with different stakeholders. I think that’s what leaders are for: to bridge those gaps.”

Peter Reganato is the CEO of 1822 Denim, a fashion company that aims to make textile manufacturing more sustainable and inclusive.

“1822 Denim was built on the pillars of inclusivity, sustainability and technology. Our goal is to challenge ineffective sizing norms. At 1822 Denim, we serve customers of all body shapes, providing a wide variety of styles in an abundance of sizes.”

Sustainability and inclusivity have a lot in common and, as such, are stronger working together on the road to diversity. 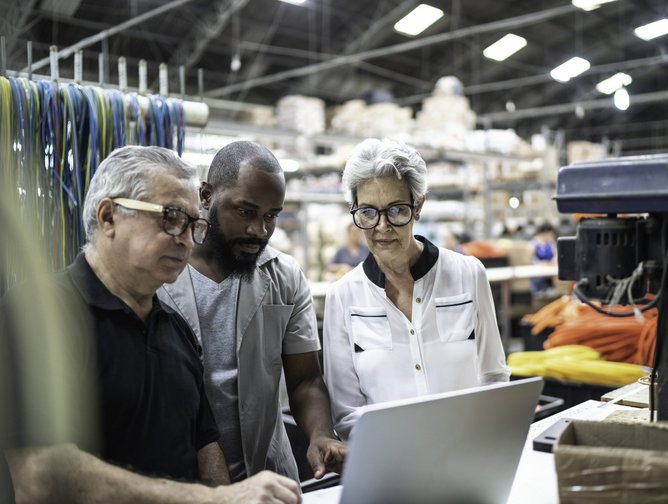 5: Diversity will support the recruitment shortage

The recruitment shortage in manufacturing can be solved by opening up opportunities to diverse new recruits.

In the Skills and Demand in Industry report published by the Institution of Engineering and Technology, it was reported that the lack of diversity in these fields has contributed to the recruitment shortage.

87% of respondents admitted to a lack of LGBTQIA+/BAME diversity initiatives, and just 15% said they made an effort to retain women in engineering and technical roles.

Barratt Developments plc was founded in 1958, Newcastle, when women in the office were still a rare novelty. In stark contrast, the company board is now 50% female and is building a diverse manufacturing workforce of female leaders through its female leader career development programme. As part of the programme, staff are invited to take part in a reciprocal mentoring programme. Barratt Developments has also expanded its family-friendly policies in order to retain its talented female employees. 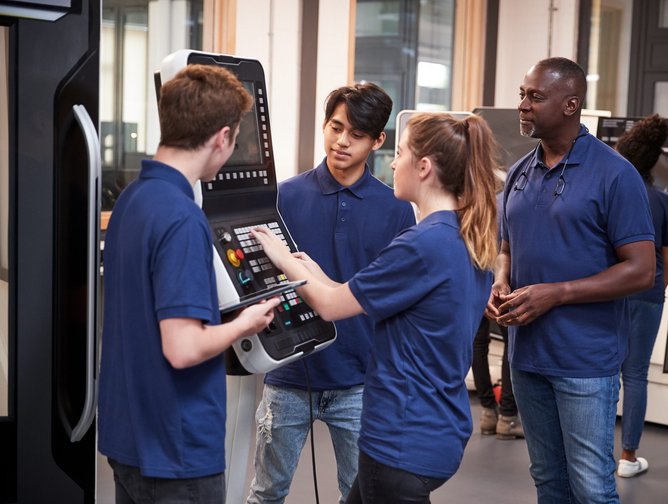 Chemical manufacturer PPG is headquartered in Pittsburgh and was founded in 1883. Since then, the face of manufacturing has changed.

PPG has enforced accountability and transparency throughout the company in order to diversify its workforce for the long term. PPG has created a biannual Diversity, Equity & Inclusion scorecard, as well as a network for senior leaders to serve as DE&I ambassadors. The manufacturer also started a pilot programme using labour market data to build diverse candidate slates in its recruitment process.

2: Show employees that diversity is a clear source of success

Toyota is the largest car manufacturer on earth, and the company has cited its diversity as a source of its success – claiming an inclusive mindset ‘paves the way for greater innovation and encourages diversity of thought’.

“Toyota’s goal is to ensure that diversity, inclusion and racial and social justice apply equally to all, and we must continue doing what we can to make our communities a better place,” said Tetsuo Ogawa, President and CEO, Toyota Motor North America.

Toyota encourages constructive dialogue to guide its actions as it continues to improve how it contributes to society and ‘inspire unity’ in every aspect of Toyota employees’ lives, as well as the communities in which it works.

‘Toyota can, and will, find new and meaningful ways of doing this by working together with our community partners and stakeholders’, reads a Toyota statement on diversity.

1: Diversify alongside new technology to prepare for the future

“I am encouraged by how many other companies share our goal of creating a better future. Technology transformations often leave people behind. At GM, the transition will be equitable and inclusive, with our longstanding leadership fostering diversity,” said Mary Barra, Chairman and CEO, General Motors.

The General Motors assembly plant is located in Arlington, Texas, which, in 2022, ranks among some of the most diverse U.S. cities according to a study by WalletHub, a financial website.

“Sometimes, people don’t like to change. But change could bring a positive impact, not only on yourself but also people around you,” said Sheila Collins, a 34-year GM veteran working as a quality inspector in Arlington.