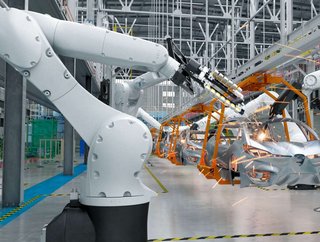 Greg Moyle, Head of Energy & Discrete Manufacturing for SAP UKI, on how digital manufacturing solutions are defining the future of productivity and output

When it comes to digital manufacturing, what is really at the heart of the conversation is data. Without the collection of information from smart machinery, manufacturers would simply not be agile, resilient and adaptable to modern challenges. It’s the ability to access and analyse this data that is critical for smart factories to be successful and productive.

Over the past two years, modern businesses have been inundated with disruption around every corner. This ranges from supply chain struggles and the ongoing war in Ukraine, to a significant skills shortage and huge inflation increases. With competition more fierce than ever, and consumers demanding more than they ever have before, businesses have needed to work smarter and with far greater efficiency. The organisations that have done this best, have been those who have embraced information and data. For many, harnessing data has not only helped them to stay afloat, but grow and thrive.

In some areas, the uptake of technology and smart machinery has been slow. In fact, for many, there was a reluctancy to move away from the traditional way of doing things, where pen and paper and phone calls were the only way to identify how successfully a manufacturing line was operating. But, as it became increasingly clear that information held the key to unlocking productivity, and as more competition started to adopt smart machinery, almost all have been forced to evolve their processes.

At the heart of this change is Industry 4.0. Since its onset, organisations have continued to drive advancements, and have found themselves in an overall enhanced state of productivity. For instance, the speed at which the mRNA vaccines were developed during the pandemic is a case in point. Not only were they incredibly fast to be approved, but they were manufactured in a way that the industry had never seen before. Manufacturers had to leverage a data-led approach to keep up with the huge global demand, cope with ongoing social distancing requirements and reduce the costs involved with creating a totally new vaccine.

The beauty of smart manufacturing, where data is at its centre and productivity is its result, is that it doesn’t require lots of investment. In previous revolutions, organisations have had to completely rearrange their operations, purchasing entirely new equipment, installing new utilities and sometimes tearing down factory buildings in favour of something much bigger. But with Industry 4.0, it’s all about smartening up existing factories, step by step, and augmenting them with digital manufacturing tools and solutions to help reach their desired goals more efficiently and effectively.

This level of efficiency is going to be critical when it comes to ongoing success. Currently, the manufacturing industry is, like many others, experiencing a drastic talent shortage which is seeing its productivity dip. Recent research from Nineteen Group found that 78% of UK industrial companies are struggling to find the employees with the skills they need to assist in their productivity.

Failure to fill these roles is ultimately going to lead to downfall, but if manufacturers can find ways of identifying where automated technologies can assist in certain parts of the chain and redistribute resources elsewhere.

Bringing in autonomous operations in manufacturing

Automated manufacturing is nothing new. In fact, we’ve been using smart, robotic devices that feed on data for far longer than we think we have, whether it’s conveyor belt systems or automated packaging. Having robotics running the show is in fact saving manufacturers vast amounts of time and money. More often than not, the repetitive tasks which are now being completed by automated machinery occur in conjunction with other machines and humans in an environment such as an assembly line. Automation is essential in delivering the speed, accuracy and productivity needed for large scale and effective manufacturing.

Autonomous manufacturing is an intelligent and enhanced version of automated manufacturing. Embedding Industry 4.0 technologies like AI and machine learning into a smart manufacturing system  that is already capturing data on consumer feedback, supply and demand, machine capacity will have a huge impact on the success of the production line. By being able to read, digest and implement changes automatically based on the data collected managers can ensure a more efficient and optimised workflow is achieved.

Making manufacturing operations “smart” with new digital technologies is no doubt changing the industry’s productivity levels. Whether it’s a manufacturer who has already fully upgraded its operations, or one who is planning to do so in the near future, it’s evident that without digital, manufacturers will quickly lose their competitive edge, and resilience against future challenges.

The long standing benefits to output, productivity and success are already being noted by many and with the introduction of autonomous manufacturing and the recognition of the importance of data,  the industry is set for an even bigger productivity revolution.