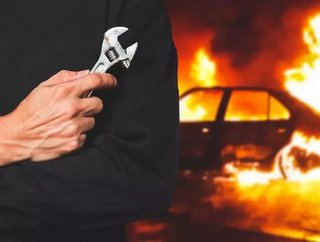 Car models at risk of fire are plaguing Ford Australia, which has been forced to recall around 43,000 Focus cars. Build-up of dust levels in certain ar...

Car models at risk of fire are plaguing Ford Australia, which has been forced to recall around 43,000 Focus cars.

Build-up of dust levels in certain areas, which could block the carbon canister and ultimately lead to a fuel leak, have been proven to be a fire risk. While there have been no cases of fire thus far, Ford has chosen to recall the models since the hazard is a possibility.

Focus hatches and sedans built between April 2011 and September 2015 may be at risk, and symptoms of the issue include fuel odours and fluctuating fuel gauges.

Owners are beginning to receive letters about the recall to ensure they are able to take their cars to a dealership for inspection before damage can occur. Ford does not believe customers will need to cease driving their vehicles, but they will need to be checked.

The company said in a statement: “Dealers will inspect the fuel tank ventilation system and fuel tank on each vehicle and apply the necessary fix as required. These repairs will be performed free of charge.”

Earlier this year, Ford faced a smaller-scale controversy when it recalled 4,850 Kugas and Fiestas, also due to potential fire risks. Ranger duel cabs and Everest SUVs are apparently also at fire risk, but no recall has occurred for them.

Ford has been accused of claiming that the customer is at fault for these mechanical problems due to the way they drive. The Australian Competition and Consumer Commission has taken action against Ford Australia recently, as has Bannister Law, all due to transmission problems.

Ford, however, claims that its mounting issues in Australia shouldn’t be disconcerting for owners.

It stated: “We are committed to providing our customers with top quality vehicles, and addressing potential issues and responding quickly to help give Ford owners peace of mind.”