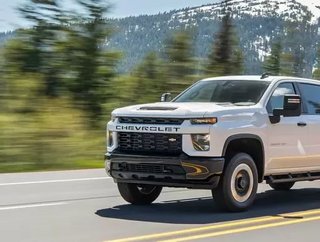 In an announcement made by General Motors (GM), the company reports plans to invest US$100mn into two of its US manufacturing facilities.

“Demand for our Chevrolet Silverado and GMC Sierra full-size pickups continues to be very strong and we are taking action to increase the availability of our trucks for our dealers and customers,” said Phil Kienle, GM vice president, North America Manufacturing and Labor Relations. “We appreciate the commitment and hard work our teams display every day at work in Romulus and Bedford, and these investments reflect the importance of their efforts.”

Of the US$100mn, US$93mn will be invested into its Romulus, Michigan propulsion plant, adding machining capabilities to the plant.

The remaining US$7mn will be invested into its Bedford, Indiana casting operations to increase its die casting capabilities.

Both investments made by GM will support the increased production of its 10-speed automatic transmissions used in its Chevrolet Silverado and GMC Sierra, with work beginning immediately at both sites.