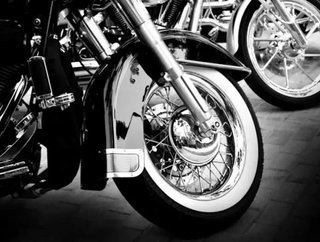 Ironically, U.S. motorcycle maker Harley-Davidson began its offshore production just as pioneers of the strategy raced to relocate back to their home ba...

Ironically, U.S. motorcycle maker Harley-Davidson began its offshore production just as pioneers of the strategy raced to relocate back to their home base.

The company only recently moved some of its production overseas and built up a roster of foreign suppliers. Boston Consulting Group and other analysts are quick to point to supply chains required by overseas sourcing for unforeseen inventory expenses, quality control problems and unanticipated delays. For Harley Davidson, the supply chain turned their foray into a catastrophe, as their recently released second quarter earnings demonstrated.

Until this year, all Harley-badged motorcycles were built in the United States using parts that were almost exclusively sourced domestically.  That changed due to the introduction of the Street, the company’s first new motorcycle platform in over ten years and its first Harley-badged lightweight bike since the 1970’s.

Street motorbikes meant for the North American market would be built at the company’s plant in Kansas City, Missouri.  But in order to keep prices low, the company said the U.S.-built bikes would feature more foreign-made content and components than any motorcycle in Harley-Davidson’s history. Street motorbikes bound for other parts of the globe were to be built in India.

Harley-Davidson intended to begin shipping Street motorbikes to dealers within the U.S. in the spring.  But the company recently admitted that the launch had not gone as planned: instead of arriving in showrooms en masse last May, the bikes only began to stagger in at the end of June. Harley-Davidson blamed foreign parts makers whose components failed to get to the Kansas City facility on time.

According to Reuters, Bob Klein, a spokesman for Harley-Davidson, said the problems forced the company to “slow-walk” the startup of Street production. He said the issues have been addressed, that the company is “catching up on parts deliveries to the U.S.” and that Harley-Davidson's “ability to supply the U.S. dealer network will improve” later in the year.

Harley-Davidson’s decision to move production overseas came about just as many North American manufacturers were doing the opposite and bringing their businesses back home, particularly in Canada.

BCG first flagged the reshoring trend in 2011. Analysts at the company say that a number of factors are driving the return of manufacturing to the United States. Harley-Davidson had to learn that lesson the hard way.

"This is the first time we're manufacturing product internationally, and with that, a majority of the supply chain is international," Chief Financial Officer John Olin told investors during a conference call.  “And not only is it a much longer supply chain, but it's with a lot of new suppliers.  We're going through a learning curve.”