Hermès sales rise to 6.4%, but it must do more to compete with Gucci 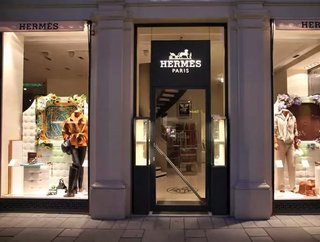 Hermès has released its Q3 results, and growth appears positive. Sales have risen 6.4% across all regions, but some experts warn that the brand has to...

Hermès has released its Q3 results, and growth appears positive. Sales have risen 6.4% across all regions, but some experts warn that the brand has to work harder to ward of other luxury competitors.

Qing Wang is a Professor of Marketing and Innovation at Warwick Business School, as well as being Co-Director of the Warwick Luxury & Innovation Hub. She offered the following expert comment:

"Hermès has enjoyed a healthy sales figure with a moderate increase of 6.4% on a year-on-year basis. However, what lies beneath this figure is less promising, as the sales increase is largely due to the picking up of its entry level minor items, such as perfumes and scarves, rather than the big price items such as handbags.

"Even considering the overall sales growth, Hermes has not performed as well as Gucci, another big five luxury brand, which until recently was not considered to be on an equal footing with Hermès in terms of prestige and desirability.

"Gucci has attracted younger shoppers with designer Alessandro Michele. To get closer to the environmentally conscious millennial and post-millennial generation, Gucci has also recently decided on a 'no fur' policy, which is in sharp contrast to Hermès' iconic crocodile skin handbag, that might be perceived by the young luxury consumers as being old fashioned or even inappropriate given the current climate.

"It is not difficult to see what propelled the exponential growth of Gucci with its new strategy to focus on the young generation and digital innovation. It is still too early to see if this phenomenal growth will be sustainable. It will certainly be interesting to see how Hermès responds to the threat posed by Gucci with its new strategy of getting closer to fashion conscious young people rather than the traditional wealth."