Honda UK to sell its manufacturing site in Swindon 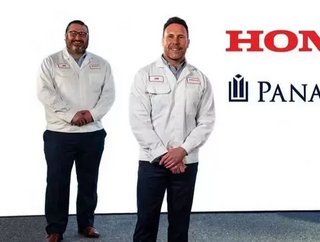 Honda of the UK manufacturing confirms plans to sell its site in Swindon...

In a recent announcement made by Honda of the UK Manufacturing (Honda) has entered into a contract to sell its Swindon site.

“We are pleased to have identified a capable new owner of the site. From our engagement with Panattoni and initial discussions with Swindon Borough Council, we are confident that the new owner can bring the development forward in a commercially timely fashion and generate exciting prospects for Swindon and the wider community,” commented Jason Smith, Director at Honda of the UK Manufacturing.

Originally brought in 1985, Honda will be selling its Swindon site to Panattoni, Europe’s largest developer of new build industrial and logistics facilities.

In 2019 Honda Motor announced global restructuring of its automobile manufacturing operations. The restructuring included the end of its production at the UK plant in July 2021 which coincides with the current model cycle of the Civic Hatchback.

“Panattoni is committing to invest over £700 million into the site to attract new employers and provide for existing businesses looking to expand in Swindon. We will be working very closely with Honda and Swindon Borough Council, along with the community and its representatives to regenerate the site,” added James Watson, Development Director for Panattoni.

Following the end of its production in July, Honda will immediately commence the decommissioning of its Swindon site, which will be legally handed over to Panattoni in Spring 2022. After the handover, Panattoni will start the site’s regeneration and redevelopment.

“The acquisition of the 370-acre Honda facility demonstrates our capabilities to work at scale. The re-development of this strategic employment site will deliver thousands of new opportunities in roles which underpin the operation of the local and regional economy,” added Matthew Byrom, Managing Director of Panattoni in the UK.