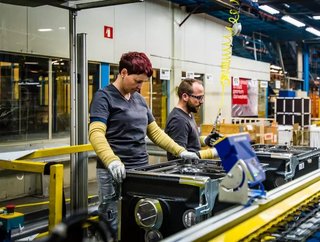 To ensure the short term survival through the COVID-19 pandemic, Make UK is urging the UK government to provide direct support to key strategic manufacturing sectors and companies with critical supply chains such as aerospace, automotive and steel. In addition, Make UK is urging the removal of current security restrictions on loans, in order to protect highly skilled jobs and critical supply chains across the UK.

The urge made by Make UK comes due to the current impact on the industry as a result of COVID-19, with more than three fifths of manufacturers believing it will take over a year for trading conditions to return to normal.

While Made UK believes the UK government was right to focus on the immediate needs to protect individuals and jobs via the Job Retention Scheme, the organisations believes that “moving forward a more radical approach is required to protect the internationally competitive position of key strategic sectors and companies [...] which should include ensuring that companies are able to access capital to service debt incurred to survive the lockdown and be able to grow in the future,” commented Make UK in a company statement.

The organisation further added that “given the extent of the damage inflicted to date is so severe that unless direct financial support is provided through the intervening period of the next year, as well as significant hurdles to loans be removed, Make UK believes major companies may be damaged to such an extent that they will not be in a position to take people off furlough and will resort to substantial redundancies.”

As a result of its latest survey showing a quarter of companies are planning to make redundancies in the next six months, Made UK has called for a ‘National Skills Taskforce’ to be established in order to retain key skills within the sector.

“We are now in such uncharted territory that what would until recently been thought of as unthinkable is now very much the reality. While the support schemes in operation are providing significant support to the economy there are some sectors and companies who are fundamentally sound businesses and were trading positively before the pandemic. Instead, however, they have now been driven to the cliff edge by the nature of this crisis and may not survive without direct Government intervention,” commented Stephen Phipson, Chief Executive at Make UK.

Made UK believes that the support should be targeted at the aerospace, automotive and steel sectors which have long and critical supply chains and therefore would see the benefits. “This support would be in line with policies being adopted by Governments to support key sectors in competitor countries,” highlighted Made UK, who also believes that the support is also essential for UK regions that have a high dependency on these sectors.

“These companies are in key strategic sectors for the UK internationally and provide substantial numbers of highly skilled jobs across the UK and down through their supply chains. Many are also in regions which would suffer disproportionate economic harm if they did not survive. Government should therefore intervene directly to provide support and ensure their survival,” added Phipson

“Furthermore, there are thousands of companies who have had to take on debt to survive through lockdown. Government needs to intervene to ensure they have access to capital not only to be able to service the debt, but also to grow in the future,” concluded Phipson.