Sustainability: General Motors to be carbon neutral by 2040 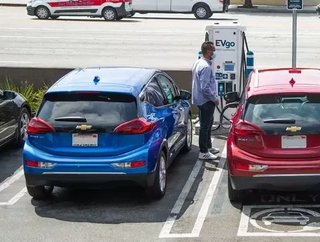 General Motors (GM) - one of the US’s largest automotive manufacturers - has announced its bold ambitions to become carbon neutral in its global products and operations by 2040.

Not only has GM committed to setting science science-based targets, it has also signed the Business Ambition Pledge for 1.5⁰C.

“General Motors is joining governments and companies around the globe working to establish a safer, greener and better world. We encourage others to follow suit and make a significant impact on our industry and on the economy as a whole,” commented Mary Barra, GM Chairman and CEO.

Did you know? GM is the 10th largest offtaker of renewable energy in the world.

GM and the Environmental Defence Fund: a shared vision of an all-electric future

In addition to its carbon neutral goals, GM has been working with the Environmental Defense Fund (EDF) to develop a shared vision of an all-electric future, as well as an aspiration to eliminate tailpipe emissions from light-duty vehicles by 2035.

GM will be working with multiple stakeholders - including the EDF - to build the required charging infrastructure, as well as promote consumer acceptance.

“With this extraordinary step forward, GM is making it crystal clear that taking action to eliminate pollution from all new light-duty vehicles by 2035 is an essential element of any automaker’s business plan," said Fred Krupp, President, Environmental Defense Fund.

In order to achieve its goals of becoming carbon neutral in its global products and operations by 2040, GM plans to decarbonise its portfolio by transitioning to battery electric vehicles or other zero emissions vehicle technology, sourcing renewable energy and leverage minimal offsets or credits.