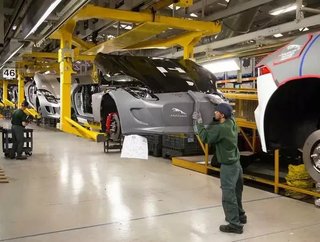 British businesses kept up a solid rate of growth in February as factories posted the fastest rise in output for 10 months, despite ripples from China...

British businesses kept up a solid rate of growth in February as factories posted the fastest rise in output for 10 months, despite ripples from China’s coronavirus outbreak affecting supply chains.

The ‘flash’ early readings of the IHS Markit/CIPS UK Purchasing Managers’ Index (PMI) showed the expansion of Britain’s vast services sector slowed slightly this month, but this was cancelled out by an unexpected upturn in manufacturing, reports Reuters.

Britain’s performance bettered the euro zone’s for the second month running, as the PMI suggested the world’s fifth-largest economy looked on track to grow around 0.2% in quarterly terms after it slowed to a crawl late last year.

The composite PMI, which combines manufacturing and services indexes, held steady at 53.3 in February, jointly the highest reading since September 2018 and beating the consensus forecast of 52.8 in a Reuters poll of economists.

The survey chimed with other gauges which show the economy has picked up since Prime Minister Boris Johnson’s election victory in December, even though the level of the PMI remains below its long-run average.

“The recent return to growth signalled by the manufacturing and services PMIs provides a clear indication that the UK economy is no longer flat on its back,” said Tim Moore, associate director at IHS Markit, which compiles the survey.

The manufacturing PMI rose to 51.9 in February from 50.0, its highest level since April and above all forecasts in a Reuters poll, although there were signs that the coronavirus outbreak might have an impact on production in Britain.

“Manufacturers noted that abrupt shortages of components from China had reverberated through their supply chains and led to difficulties sourcing critical inputs,” Moore said.

He cited a record deterioration in the PMI’s gauge of suppliers’ delivery times, meaning manufacturers were forced to wait much longer this month for the arrival of parts.

The services PMI, which covers the bulk of British economic output, fell in February to 53.3 from 53.9, close to the Reuters poll forecast for a reading of 53.4.

“The latest survey ... revealed a solid upturn in the service economy, driven by improving domestic spending and a recovery in new business enquiries since the start of 2020,” Moore said.

Detailed PMI data are only available under licence from IHS Markit and customers need to apply for a licence. To subscribe to the full data, click on the link: here