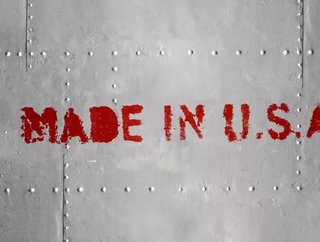 According to Exact, a creator of business software for SMEs, American manufacturers are already responding to the current administration’s regulatory...

According to Exact, a creator of business software for SMEs, American manufacturers are already responding to the current administration’s regulatory industry plans and are generally optimistic about the current and future market.

The independent survey commissioned by Exact examines the impact of technology innovation, business process automation, and the new administration’s regulatory outlook on American medium and large wholesale distributors and manufacturers.

The optimism stems from the perceived impact of current plans for trade deregulation on their businesses. 63 percent of wholesale distribution respondents anticipate that the plans will benefit their company, and 50 percent of manufacturers believe the same. Regarding pending changes, like border tariffs, revoking existing trade agreements, and a focus on buying American-made products, about a third of respondents from both industries have increased investments in technology and hired more employees based in the States.

The survey also shows that new technologies are massively disrupting business models, according to 72 percent of both wholesale distributors and manufacturers. Respondents appear to be embracing the concept of Industry 4.0, additive manufacturing, IIoT, wearables, VR, and other such tools in their processes.

“Thanks to pending regulatory changes and the extremely disruptive nature of emerging technology, the manufacturing and wholesale distribution industries are at the forefront of change,” said Alison Forsythe, Managing Director of Exact, Macola division. “Within this climate, our research confirms technology’s vital role in both shaping business models and driving tangible business value in the supply chain. Business process automation in particular is increasing revenues and delivering better business performance and customer service.”

Key findings by industry include:

Both industry reports are now available for download here.

Click here to view an infographic on emerging technology adoption