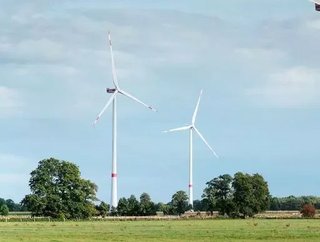 Volkswagen Group has made significant progress in supplying its EU plants with renewable electricity...

Furthering its commitment to sustainable practices, Volkswagen Group reports significant progress in supplying its EU plants with renewable electricity in 2020. The automotive manufacturers share of renewable electricity purchased increased from 80 per cent to 95 per cent at its EU production sites within a year.

Similarly Volkswagen has made strong increases in other global sites outside of China rising from 76 per cent to 91 per cent.

In total eight production sites in the EU were completely converted to external supply with electricity from renewable energies in 2020. The automotive manufacturer has set ambitions to have all EU sites supplied with 100 per cent renewable electricity by 2030.

Volkswagen outside of the EU

Outside of the EU and China, two production sites were completely converted to external supply with electricity from renewable energies in 2020. Volkswagen also plans to hit the same target for its global operations (excluding China) by 2030.

Volkswagen Group is working with its Chinese partners to develop targets for its production sites in China. Due to the high proportion of coal-fired power in China and the highly regulated market, Volkswagen states that this project will be particularly challenging.

In 2020, 46 per cent of Volkswagen Group’s total global energy consumption in its production operations were covered by renewable electricity, an increase of 5 per cent compared to the previous year.

"The transformation of the Volkswagen Group into a CO2-neutral company has gained momentum. In this context, supplying our plants with renewable electricity is an important part of the overall decarbonization strategy. We are consistently implementing our plans together with all brands and regions, and in 2020 we have already come very close to the target lines that we actually only marked for 2023 and 2030. That's an encouraging milestone. However, we are not resting on our laurels. The energy transition in production also includes an ambitious conversion of the power supply at the Chinese production sites. In addition, we also want to further reduce greenhouse gases in our in-house electricity production,” said Oliver Blume, Board Member, Volkswagen Group (responsible for production).