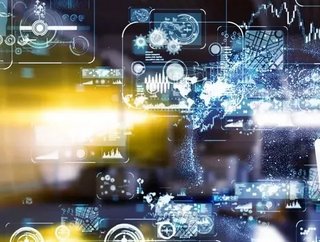 Industry 4.0 is the latest of 4 distinct industrial revolutions, Manufacturing Global takes a detailed look at what sets them apart...

Industry 4.0 is the name given to the current phase of industrial revolution. It is the integration of smart digital technology and manufacturing and places an emphasis on automation, machine learning and real-time data. This revolution is driven by the need to access real-time insights and information across the manufacturing process.

Industry 4.0 is the latest of 4 distinct industrial revolutions that the world has or is currently experiencing.

This is widely considered to have taken place in the late 1700s, when manufacturing advanced from manual labour, to the use of water and steam-powered engines for increased output and rudimentary optimised manufacturing.

With the introduction of steel and electricity in factories; the second industrial revolution began in the early 20th century. This resulted in the creation of mass production concepts such as the assembly line which broke down complex manufacturing into simple specific tasks.

Also known as the Digital Revolution. As more electronic technology began to be introduced to manufacturing processes, the switch away from analogue to digital technology occurred. Key to this revolution was the mass production of transistors and integrated circuit pieces as this made automation more accessible. This digital revolution is still occurring.

The Fourth Industrial Revolution has emerged in the past few decades. It builds upon the foundation of the digital revolution, but with a whole new level of interconnectedness through the use of IoT, or the Internet of Things. Machine to machine communication, or M2M, alongside the IoT allows for self-monitoring smart machines that can assess and diagnose without human intervention.

This new wave of smart manufacturing uses access to real-time data to boost productivity and output, increasing efficiency and creating what is known as a smart factory. This goes one step further in some cases, where organisations are utilising augmented reality and artificial intelligence to go one step further.