A350-1000 fuselage assembly begins in Hamburg and Saint-Nazaire 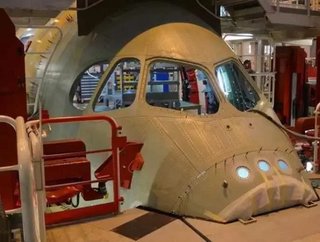 Less than one year after delivering the first A350 XWB (-900), the first A350-1000 is taking shape with the assembly start of the first fuselage major components at Airbus plants in Hamburg and Saint-Nazaire.

Assembly of the first A350-1000 wings got underway in August this year at Airbus in Broughton and final assembly of the aircraft will begin in Toulouse early 2016, followed by the first flight second half 2016. First deliveries are scheduled to start mid-2017.

Measuring nearly 74 metres from nose to tail, the A350-1000 is the longest-fuselage version of Airbus’ all-new family of widebody jetliners. The A350-1000 comfortably seats 366 passengers in a typical 3-class configuration and flies on routes up to 8,000 nautical miles.

Maximising commonality with the A350-900, the A350-1000 offers best-in-class cabin efficiency and comfort, with new cabin crew rest compartment improvements, new In Flight Entertainment (IFE), optimised lavatory shapes and new galley arrangements. It will be powered by Trent XWB-97 engines for maximised thrust.