AI and sustainability: go green and get paid for it

By Jane Zavalishina
May 16, 2020
undefined mins 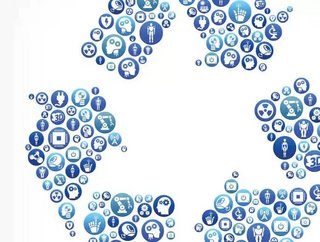 The industrial sector is responsible for one third of the world’s GDP and half of the world’s energy consumption. It is a major user of freshwater a...

The industrial sector is responsible for one third of the world’s GDP and half of the world’s energy consumption. It is a major user of freshwater and other natural resources, as well as a mass generator of waste and emissions. With such a large impact on the environment, the efficiency improvements of industrial processes are pivotal to the world’s sustainable future.

Globally, much of the emphasis has been put on the replacement of the old technologies with new renewable energy sources and a variety of “green” production initiatives. While being very desirable, it is inconceivable to think that these could be implemented short term across the world. Particularly when you consider that the heavy industries - that contribute most to the waste and resource consumption – operate in a slim-margin sector that is struggling to remain competitive. Instead, businesses are focusing on their survival rather than investments into a sustainable future.

Fortunately, there is an alternative set of technologies that can allow for improved efficiencies across existing processes and structures. Already available, these technologies can help the sector to contribute in a very direct way to the sustainability agenda. However, this aspect of Artificial Intelligence (AI) is often overlooked in favour of the more futuristic examples of talking and emoting robots.

Saving resources through dealing with uncertainty

The type of AI we are dealing with today is known as “narrow” AI. This is different to the much referenced “strong” AI which is thought to mimic the general human consciousness. Each of these existing systems can be brilliant in specifically defined, constrained tasks, where they can deal with uncertainty better than humans do.

In the real industrial world, nothing is ever fully known. Composition of raw materials vary, as do the external conditions, and multiple fluctuations occur in the process. What’s more, classic science can only describe the physical or chemical processes happening inside the equipment with a degree of certainty. Process control is never precisely accurate: the operations happen within a permitted range and a great deal of variability, which results in inefficiencies. This can come in the form of the excessive use of a certain raw material, suboptimal energy consumption levels, scrap due to defected production, or poorly planned logistics. These inefficiencies are as equally as bad for environment as they are for the bottom line.

In turn, the solution to these challenges is a win-win. Unlike most of the environmental initiatives that require revamping the production line or investing in new energy efficient technologies, AI brings improvements without changing the process itself.

Instead it provides more precise decision-making for each individual process iteration, having learnt from the previous instances that took place. For example, it can precisely model the expected output of a process, thus allowing the identification of the exact raw material needs. It also can recommend the best operating parameters to cut down energy use without affecting the throughput; as well as detecting hidden product defects early on to help save on excessive processing.  Additionally, it can optimise the logistical routes to efficiently move your product inside the plant and when serving orders. All while doing the same things but better. Instead of operating within a wide range, consistently getting to the lower boundaries. The good news – no significant capital investment is required.

AI can bring some daunting impressions. Widespread job losses and apocalyptic scenarios of super intelligence confronting mankind are just two of topics that the media like to focus on. The ethical responsibility around algorithmic decisions tends to command much attention but with that, the benefits of AI contributing to a more sustainable future become overlooked.

The examples are already there. The NEST thermostat can efficiently adjust central heating on the go, avoiding unnecessarily losses. Imagine if that same practice was scaled to the whole shop floor of a massive factory.

Earlier this year, Google DeepMind announced its collaboration with the UK National Grid to use AI to balance energy supply and demand. Though optimisation they expect to cut the UK's energy usage by 10%. Through our own work with Magnitogorsk Iron and Steel Works (MMK) –one of the world’s leading steel producers – we successfully demonstrated how use of AI can help decrease raw material use in steelmaking. MMK achieved an average decrease of 5% in ferroalloy use, equating to expected annual savings of more than $4 million per year just for one application.

As data processing and storage costs drop, and computing power and algorithms become readily available, AI occupies unique spot. It can not only bring tangible business returns in a very short term but also positively impacts energy consumption, and related environmental aspects in global production. Maybe it’s time to include AI in your sustainability roadmap?