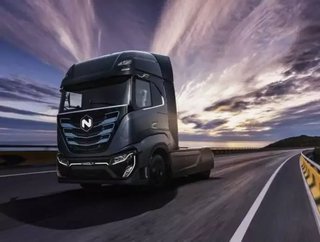 The heavy truck will be built for the European market under a deal announced by the two groups in September and is expected to give a boost to Iveco, which as the smallest of Europe’s traditional truck makers competes with the might of Volkswagen, Daimler and Volvo Group, reports Reuters.

“Just three months after we signed our partnership we have been able to deliver this prototype, just imagine what we’ll do in the next three years,” Nikola founder and Chief Executive Trevor Milton said late on Monday at a dinner in Turin, where Iveco is based.

He said on Tuesday that orders for the Nikola Tre were already exceeding current production capacity.

“We’ll be sold out for many years,” he said at the official presentation of the truck.

The truck will be produced in full electric and hydrogen fuel cell models, with a range of up to 600 miles (966 km). Deliveries of the electric version are expected to reach clients in 2021 and of the hydrogen cell model in 2023.

Ambitious greenhouse gas reduction targets set by governments around the world are driving the development of alternatively-powered vehicles, with some countries already committing to phasing out traditional combustion engines.

All of the major vehicle manufacturers have electric or fuel cell models in their product line-ups, but investment in the technology, coupled with a global automotive sector downturn, has squeezed profits and led to staff and cost cuts.

Under their agreement, CNH took a $250mn stake in Nikola - comprised of $100mn in cash and $150mn in services, giving the U.S. company scale and manufacturing capacity for its technologies.

CNH CEO Hubertus Muhlhauser on Tuesday declined to disclose the estimated financial impact of the partnership but added that prior to the signing the company had set a conservative 1% average annual growth target for the next five years for the truck business.

“We now believe we can easily meet that target, despite a volatile and difficult market,” he said.

Zita Zigan, an analyst at research firm LMC Automotive, noted that in Europe manufacturers will be required to cut carbon dioxide emissions from new trucks on average by 15% from 2025 and by 30% from 2030, compared with 2019 levels.