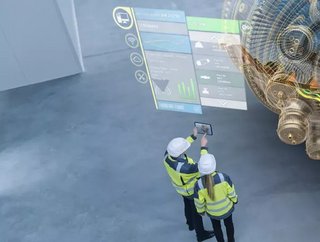 With Digital Twins expected to play an integral part in the new age of sustainable and efficient architecture, planning and infrastructure, as well as lowering carbon emissions, the ‘Digital Twin Factory’ alliance formed between the Agile Fractal Grid (AFG), Cityzenith, and Fractal Twins promises global smart cities and infrastructures the ability to enable ‘build back better’ projects.

"This is an exciting opportunity not only for three ground-breaking companies, but for our world, as we enter a new age, one shaken by recent global events but alive to new technology and new directions,” said Ron Toll, CEO, Fractal Twins.

The long term agreement between the three companies follows AFG development of a comprehensive smart infrastructure and carbon-neutral, energy grid project, and Cityzenith;s development of SmartWorldOS™, which was selected by AFG for its own software platform service.

"This contract hot wires Cityzenith's own versatile DT platform into our network to unlock enhanced opportunities and visions as the world seeks to build back better after COVID-19 and respond to the immense challenges posed by Climate Change. Smart cities, infrastructures and energy grids are the key to meeting that threat and the global ambitions set under the 2015 Paris Agreement,” said John Reynolds, CEO, AFG.

Meet the Three partners of the Digital Twin Factory Alliance

Founded in 2012, The Agile Fractal Grid (AFG) brings together experts that can further the delivery of the next generation platforms for utility and communications infrastructure. AFGdeveloped ‘a fractal system of systems’ to design and integrate new age communications, energy, and other infrastructures.

"Effectively, we will create an 'embedded' SmartWorldOS™ Digital Twin studio – a 'factory' – to deliver at scale for Fractal Twins and AFG, customised to specific functionality, smart service applications – including energy grids, smart buildings, manufacturing, smart transportation, entertainment, healthcare and agriculture. Further, we are establishing a pipeline of cutting-edge projects, highlighting the potential of the merged platforms: clean, renewable energy infrastructure and transition projects in the US; a communications rollout across the US; smart cities in the US, Africa, and Canada; global port projects; and energy transition projects in Scandinavia,” said Michael Jansen, CEO, Cityzenith.

Fractal Twins is a new company that was established to deliver a fully supported, and customised version of SmartWorldOS™.

"We have since reached 'critical mass' by adding Fractal Twins to the mix, enabling us to accelerate creation of hundreds, or even thousands of DT projects that work off the same blueprint patterns. We can now go global with speeding post-COVID recovery and driving down global emissions to avoid the devastating human and economic cost of Climate Change,” added Jansen.