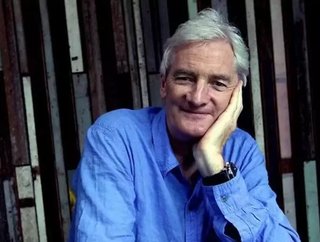 Manufacturing maven James Dyson is best known for re-investing household products such as the vacuum cleaner, the hand dryer and the fan, however now he...

Manufacturing maven James Dyson is best known for re-investing household products such as the vacuum cleaner, the hand dryer and the fan, however now he is turning his hand to something a little more glamorous – smartphones.

The manufacturing millionaire has invested in a company that's promising to double the battery life of smartphones. Dyson has ploughed $15 million in Sakti3, which has developed a "solid-state battery" that it claims will far surpass the performance of today's lithium-ion cells.

Sakti3's solution uses lithium electrodes instead of liquid chemicals to create the longer-lasting battery. The company claims it can store more than 1,000 watt hours per litre using its technology, compared to the 620 watt hours per litre you get with today's batteries, according to a report in The Guardian. That won't only help to keep your smartphone running longer; it could also be used to make more lightweight batteries for electric cars.

Sakti3's technology doesn't only promise to keep your gadgets going for longer, it's reportedly less dangerous than liquid-based batteries, which have been the subject of many incidents and recalls over the past decade or so. Sony had to recall hundreds of thousands of VAIO laptop batteries in 2006 and 2008, amid reports of cells overheating and exploding, and other laptop manufacturers have faced similar problems.

The performance of current lithium-ion batteries has plateaued to the point where companies are having to redesign devices to work around its limitations. Smartphones such as the Yotaphone 2 have integrated E-Ink displays to reduce dependency on the energy-sapping LCD display, whilst Pebble has done likewise for smartwatches, promising a week's worth of battery life compared to the 18 hours that the LCD-based Apple Watch will last.

Even if Sakti3 does eventually deliver improved battery life, it might not lead to longer lasting smartphones - just slimmer devices. Apple's design chief, Jonathan Ive, dismissed the prospect of putting bigger batteries inside an iPhone in a recent interview, claiming that people were so addicted to their phones because they were "thin and light".