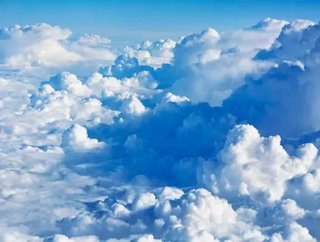 Israeli aerospace startup Eviation Aircraft has used the occasion of the Paris Air Show to debut its all electric aircraft, the Eviation Alice. Describ...

Israeli aerospace startup Eviation Aircraft has used the occasion of the Paris Air Show to debut its all electric aircraft, the Eviation Alice.

Described as a commuter plane with space for nine passengers, the all-electric Alice is said by Eviation to be the first of its kind. The plane will target “middle mile” routes, with the examples of internal flights such as Paris to Toulouse, Oslo to Trondheim and San Jose to San Diego being provided.

Eviation has collaborated with a number of companies on the aircraft, with Honeywell providing flight-by-wire systems, estimated position uncertainty systems from Siemens and magniX, propellers provided by Hartzell and landing gear from Magnahi Aeronautica.

"Capable of flying with 9 passengers at 240 knots and a range of up to 650 miles, we are thrilled to introduce Alice to the aviation world at the aviation industry's largest gathering,” said Eviation CEO, Omer Bar-Yohay. “Operating at a fraction of the costs of conventional jet liners, our Alice will redefine how people travel regionally and usher in a new era of flying that is quieter, cleaner and cost-effective. On behalf of the world-class group of suppliers within Alice's anatomy, we are humbled to recognize this debut as more than an unveiling - a historic milestone within the aviation industry. With the introduction of Alice, we welcome an all-new breed of airplanes for the first time in 50 years and it is only the beginning of a bright future for electric aviation and sustainable transportation."

Eviation said in its press release that it hoped to make electric aviation fast, sustainable and competitive with traditional aviation, both for passengers and cargo. Manufacturing is set to begin in the US in 2019, with the company aiming to bring the Alice to market in 2022.