Herbert Deiss – one of the world's best CEOs at Volkswagen 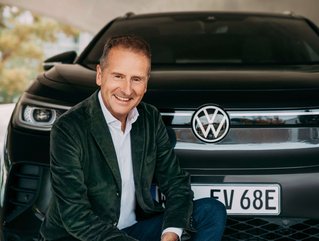 Trailblazer: Herbert Deiss, Volkswagen AG CEO, has resigned. During his role, he built up Volkswagen to become the world’s biggest car manufacturer

In October 1958, Herbert Diess was born in Munich, Germany. At the city’s University of Applied Sciences, Diess studied vehicle technology in 1977 and later took on mechanical engineering at Munich Technical University, where he graduated in 1983.

Diess moved to Spain in 1990 and was appointed Technical Director, Planning and Maintenance, of the Robert Bosch plant in Treto, where he later became General Manager.

Working in the UK with BMW

In 1996, Dr. Herbert Diess joined BMW AG in his beloved Munich as Director, Long-Term and Structural Planning and later he worked in the Engineering and Technology Division.

At BMW’s Birmingham plant in the UK, Diess took on the role of Director. He worked around the country, moving later to Oxford and was also appointed Director of BMW Motorcycles.

Two years after Diess was appointed, the Volkswagen Group overtook Toyota as the largest car manufacturer in the world. In 2017, the Japanese lean manufacturer produced 10.18m vehicles, while Diess and his global team produced 10.31m. The following year, Diess was made Chairman of the Board of Management of Volkswagen.

Despite reigning supreme in car production, Diess is aware that the automobile industry must make radical changes for electric vehicles in order to reach Germany’s sustainability goals.

"The customer needs the correct infrastructure to be put in place to live with the cars,” Diess said at the Financial Times’s Future of the Car summit.

Yet work to achieve this has been impacted by COVID-19 and now Russia’s invasion of Ukraine. While Diess has said he supports maximum sanctions against Russia, he has also warned that “Another supply chain disruption could cause scarcity of energy and inflation.”

Diess submitted his resignation in late July and will be succeeded by Oliver Blume, the current CEO at Porsche.