How can washing machines be made greener? 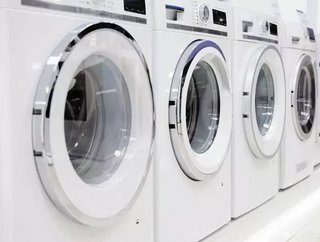 As reported by the BBC, Nottingham Trent University has come up with a concept which will make washing machines more eco-friendly, easier to transport...

As reported by the BBC, Nottingham Trent University has come up with a concept which will make washing machines more eco-friendly, easier to transport, and cheaper to manufacture.

Washing machines are generally weighted with a massive 25kg of concrete to ensure they are not able to move away from the wall as they run. The team at Nottingham Trent University hopes to replace the concrete block with a sealable tank that is only filled with water once the machine is installed. This will ensure the machines are easier to transport due to being far lighter, and as concrete production itself is hugely damaging to the environment, it is also a greener option.

The university’s research estimates that this change could save 44,725 tonnes of carbon dioxide a year. Around 3.5 million washing machines are sold in Britain every year.

The concept itself was brainstormed by Tochi Tech Ltd which partnered with the university; it was tested by undergraduate Dylan Knight.

Knight said: “Everyone thinks the idea must have been thought of before. No one can really believe it. But I promise you it definitely works.”

While the water containers do need to be bigger than the blocks, it seems a worthy alteration. Tochi Tech is in talks with manufacturers to consider this as a viable option, and so more testing can occur before decisions are made.