IIoT and the future of manufacturing 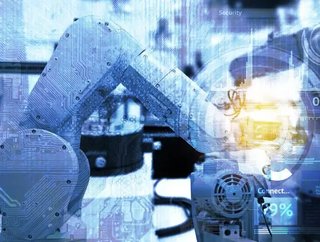 If you’re a manufacturer, it’s likely that you’ll have heard of the term Internet of Things (IoT) or Industrial Internet of Things (IIoT). There is a lot of talk around these terms and if you haven’t already implemented it into your business you could be missing out. Many articles are claiming that it is going to revolutionise manufacturing, and it very well could.

Manufacturing isn’t the only place that you can come across IoT; you may have a smart TV sitting in the corner of your living room or a host of intelligent kitchen appliances. They all fall under the IoT umbrella term — they’re interconnected devices with advanced features and capabilities that make our day-to-day lives more efficient.

Together with Datawright, providers of manufacturing software, we explain where the IoT is heading and how it will affect the manufacturing industry.

How can IoT help manufacturing?

All manufacturers welcome technology that promises greater efficiency and therefore productivity with open arms. The IIoT has transformed the traditional face of the factory through streamlining processes and maximising production yields. So, what are the main benefits that the IoT can bring to the manufacturing industry?

Some manufacturers may be choosing to ignore IIoT, and this could be something that they’ll later regret.

Of course, with IIoT, there’s change involved. Manufacturers must change their processes and how they work. For some companies, this is a scary prospect, pushing them further towards their familiar working practices – and in doing so puts your company at risk of being left behind, as your competitors embrace the technology and continue to march forward.

Not keeping up to date with the latest trends and technologies can be detrimental. Blockbuster is just one example; the video rental brand neglected the growing dominance of DVDs and video streaming services, which ultimately led to its failure. Ignoring the IoT places your company at risk of following a similar route.

How does the future look for IoT?

One recent report revealed that by the end of 2017, there will be 8.4 billion connected things, up a huge 31% on 2016. Fast-forward to 2020 and this figure will most likely more than double to 20.4 billion. Clearly, the IoT is not a fad; it’s a trend that will completely revolutionise manufacturing.

It is predicted that ignoring IoT will affect your profit levels. Research from Verizon suggests that IoT could help enabled manufacturers be 10% more profitable than those who aren’t. You can’t ignore these figures in a sector so heavily focused around productivity and performance.

As with all technological advancements, there are security concerns. Estimates predict that by 2020, the IoT connected devices will be the target of more than a quarter of all enterprise security attacks. To combat this, manufacturers will naturally have to increase their security spend to safeguard their IoT systems. Experts predict that the global security spend will reach $547.2 million by 2018.

Manufacturers are right to be hesitant about new technologies, however this one is different from the rest and could make or break your business. With the future of the IoT looking bright, manufacturers are faced with a choice: to adopt and move forward, or ignore and stand still. Which path will you choose?