Is Nokia about to re-enter the smartphone market? 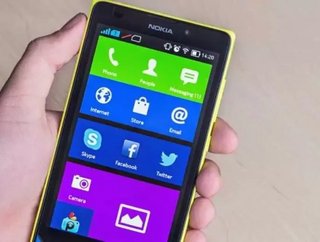 In 2014 Nokia sold its smartphone division to Microsoft for a staggering $9.5 billion. Microsofts aim was to acquire a fully-functional smartphone manuf...

In 2014 Nokia sold its smartphone division to Microsoft for a staggering $9.5 billion. Microsoft’s aim was to acquire a fully-functional smartphone manufacturing division to promote adoption of a Windows Phone, which would use both the Nokia and Microsoft brands.

Earlier this month, Microsoft slashed 7,800 former Nokia jobs, a restructuring that will mean a one-time $7.6 billion write down for Microsoft. And now, Nokia has confirmed rumors that it intends to re-enter the smartphone market; albeit with a new partner licensing devices rather than manufacturing them in-house.

As Nokia spokesperson Robert Morlino explained in a blog post, Nokia intends to return to the mobile arena by licensing their brand to other designers and producers. “The right path back to mobile phones for Nokia is through a brand-licensing model. That means identifying a partner that can be responsible for all of the manufacturing, sales, marketing and customer support for a product.”

Nokia is aware that it is unable to return in the same capacity it once had to manufacture devices without its “manufacturing, marketing, and channel distribution capabilities,” but that they still hold themselves to be a good designer with a good brand. Nokia would still design the products and earn the royalties, but everything else would be up to whomever they partner with.

The move makes sense in a lot of ways. Established manufacturers are struggling to compete with industry giants Apple and Samsung; Microsoft is already pretty much out of the market, and HTC is coming close; their global market share is estimated to be only 2 percent in spite of their status as one of the top three players in North America. If HTC’s established presence and brand isn’t enough to pull them out of the fire, Nokia certainly won’t be recouping the massive investment required to start manufacturing smartphones again – but they still want a piece of that pie, and they don’t want people forgetting Nokia’s history in the mobile device industry.

That being said, Nokia has no plans to return to the mobile market before Q4 2016. By then, the landscape will likely have changed significantly.

Nokia fans may not exactly have reason to rejoice at this point, but this is certainly still good news in a market becoming starved for competition.