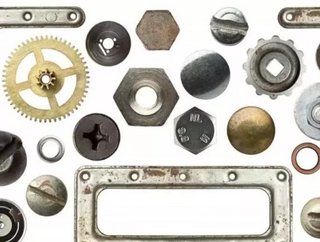 Jewel Burks and Jason Crain, co-founders of Partpic, have been honoured by Forbes as the standout team in the Manufacturing and Industry category of the...

Jewel Burks and Jason Crain, co-founders of Partpic, have been honoured by Forbes as the standout team in the Manufacturing and Industry category of the coveted 30 Under 30 list. They have been praised for their use of proprietary technology which simplifies the search for industrial parts.

As the name suggests, Partpic allows the user to find what they are looking for through a visual search, thus adding ease to the purchase of repair and maintenance parts. The Atlanta-based startup company has raised $1.5 million in seed funding to bring its technology to devices via an app and to websites of retailers and distributors.

“It is an honour to be recognised by Forbes magazine”, said Burks: “this motivates me to continue working even harder to meet our company’s goals in the new year.”

COO Cain is also optimistic in the wake of huge support, and said: “It was never our goal to be recognised for our hard work, but our technology has a way of speaking for itself. We believe Partpic is on track to become an industry name in the very near future.”

Burks and Cain made history in 2015 by being invited to pitch their product to President Obama at the first ever White House Demo Day. This came hot on the heels of Partpic’s SXSW 2015 Accelerator Awards, Steve Case’s Rise of The Rest, and numerous other victories at national competitions.