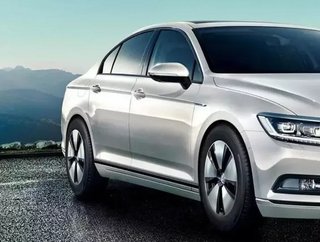 If your car uses advanced technology, why not the factory that makes it? This is Volkswagen’s thought process as it invests roughly US$1mn to digitalise its North American factories. Our digital transformation supports skilled labour and high-labour, future-proof jobs in Chattanooga, Puebla, and Silao’, says Johan de Nysschen, Chief Operating Officer at Volkswagen Group of America. It will also support its manufacturing supply chain across the Americas.

By 2025, the automaker wants to increase its EV productivity by 30% and power its systems with cloud-based software, robotics, and artificial intelligence. ‘Digitalisation is a game changer’, says Johan. ‘The North American region of Volkswagen is part of a much bigger global network—and we’re in this for the long game’.

How Will Its Factories Change?

Cloud Technology. According to Susanne Lehmann, Senior Director Production, Volkswagen de México, Volkswagen factories will connect to a cloud-based industrial IT platform. This will let it use cloud-native tools to track inventory and production. Twenty-one Volkswagen plants and 13 global suppliers have joined already, and all North American suppliers are encouraged to add their names to the list.

Those that do will benefit. ‘In a digital world, where all manufacturers are anonymously linked—removing bias against us or others—suppliers will be given full transparency into the various needs and demands of all their customers around the world’, says Johan de Nysschen, Chief Operating Officer at Volkswagen Group of America.

Robotics. Cobots, or collaborative robots, will carry out final inspections in places like Puebla, spot-checking welding patterns and measuring to see whether all parts meet final inspection. ‘For workers on the shop floor, certain aspects in car manufacturing can be labour-intensive yet tedious’, Susanne explains. ‘By digitalising, we’re not only moving our assembly lines forward but supporting our people’.

Overall, we see manufacturers—from established firms such as Volkswagen to small North American startups—choosing to upgrade their factories. Earlier this week, we profiled Tulip Interfaces, a company that provides customisable apps to factory workers. And going forward, we’re likely to see even more of VW’s peers adopt a similar mindset.

‘Outside of manufacturing, where else can digitalisation play a role in transforming how Volkswagen does business?’ Automotive World asks. ‘Everywhere’, Johan explains. ‘When Volkswagen develops a vehicle, there are hundreds of factors between design and concept, customer profiles, manufacturing, shipping, and selling’. He adds: ‘Technology enables a [new] level of collaboration’.