WORLD FIRST: All-robot facility opens in China that could change the industry forever 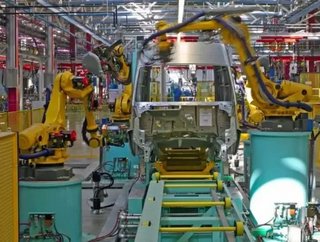 Construction work has begun on the worlds first all-robot factory, located in China. Initially, the factory will be run by 1,000 robots, although that n...

Construction work has begun on the world’s first all-robot factory, located in China. Initially, the factory will be run by 1,000 robots, although that number is expected to increase. The manufacturing facility is run by Shenzhen Evenwin Precision Technology Co., and will cut its 1,800 workforce by 90 percent, to about 200 employees.

The company did not give a figure for the investment in the factory, but said its production capacity could reach a value of 2 billion yuan (US$322 million) annually.

Robots are set to take over in many factories in the Pearl River Delta, the area of southern China known as the ‘world’s workshop’ because of the huge export manufacturing industry there, as labour shortages bite and local authorities face the need to spur innovation to counter the economic slowdown.

Since September, a total of 505 factories in the region have invested 4.2 billion yuan in robots, aiming to replace more than 30,000 workers, according to reports. By 2016, it is estimated that up to 1,500 of the city’s industrial enterprises will have begun replacing humans with robots.

The provincial authorities of Guangdong said early this year they would spend 943 billion yuan on replacing human labour with robots within the next three years. Cities in the province are handing out annual subsidies of between 200 and 500 million yuan to makers of robots and to manufacturers who install robots on assembly lines.

The provincial capital, Guangzhou, has set a goal of fostering a robot-manufacturing industry with an output value of more than 100 billion yuan by 2020, as well as automating more than 80 percent of the city’s manufacturing production.

The government of the city of Foshan has said the value of its automation and robotics market would reach 300 billion yuan in five years.

Labour shortages have long troubled the Pearl River Delta region, though the situation has improved slightly in the past few years.

The period after the Lunar New Year is traditionally the time of greatest labour shortages since most workers in the province are migrants and many do not return to their jobs after going back home for the holiday.