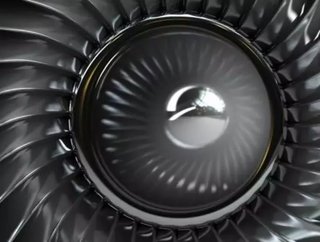 General Electric this week revealed that it has completed a multi-year project to print a working jet engine.The engine, small enough to fit in a backpa...

General Electric this week revealed that it has completed a multi-year project to print a working jet engine.The engine, small enough to fit in a backpack, was built by a team of technicians, machinists and engineers at GE Aviation's Additive Development Centre outside Cincinnati.

The lab is working with additive manufacturing as a way to produce next-generation jet parts using a technique known as (DMLM).

The engine also required some post-printing machining and polishing of parts. The research team then rigged up a data acquisition system to measure exhaust temperature, speed and thrust.

The engine, which consisted of more than a dozen parts, was printed on an M270 industrial 3D printer from EOS. The machine can melt a variety of alloys, including cobalt chrome, nickel alloy, titanium and stainless steel.

The M270 3D printer allowed the GE engineers to use high-temperature alloys not typically available to the radio-controlled engine industry. The resulting engine from GE's 3D printing process endured numerous tests and the turbine achieved 33,000 rpm.

The GE research team had been working on the engine for several years. The researchers have already built working aircraft components using the DMLM 3D printing method, including an FAA-approved part for a GE90 jet engine. The part is a metal housing for a sensor, known as T25. Unable to yet build a full-sized working jet engine, the engineers used a radio controlled airplane jet engine model plans, and tweaked them to improve performance.

The jet turbine engine is GE's first functioning prototype. Earlier this year, a group of researchers at an Australian university, along with its spinoff company, used 3D printing to make two metal jet engines that, while only proof-of-concept designs, have all the working parts of a functioning gas turbine engine.

The FAA recently cleared the first 3D printed part in a commercial jet engine from GE. The part (seen here) was a sensor housing for the jet engine.

The two engines, created by Monash University and its spinoff Amaero Engineering, are garnering a lot of attention from leading aeronautics companies. Airbus, Boeing and defense contractor Raytheon are lining up at the Monash Centre for Additive Manufacturing in Melbourne to develop new components with 3D printing.

The proof of concepts are replicas of an auxiliary power unit used in aircraft such as the Falcon 20 French business jet, which was provided by Microturbo.