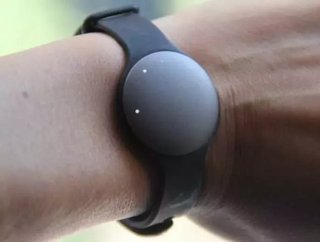 Xiaomi has already made its mark on the smartphone market, ruffling the feathers of Apple and Samsung, but it seems as though tech companies should also...

Xiaomi has already made its mark on the smartphone market, ruffling the feathers of Apple and Samsung, but it seems as though tech companies should also consider Xiaomi a key player in the wearables market too.

A few months ago, the up-and-coming technology company launched its own ultra-cheap, $13 fitness wristband and has just invested in Misfit Wearables, a California-based wearables company, which designed the all-metal activities tracker ‘Shine’.

The deal - Xiaomi’s first in the U.S. - suggests that its following in the footsteps of other Chinese investors Alibaba and Tencent.

Xiaomi, alongside Chinese e-commerce company JD.com, and venture capital funds GGV Capital and Shunwei, contributed to more than half of Misfit’s $40 million series C round - the remainder is provided by existing partners including Li Ka-Shing’s Horizons Ventures. Misfit declined to disclose the exact amount of Xiaomi’s investment or the company’s current valuation.

Misfit Wearables was co-founded by formed Apple CEO John Sculley, Sonny Vu and Sridhar Iyengar in 2011. In a statement Vu explained that the latest partnership with Xiaomi is less about cash and more about forming a strategic alliance. Misfit isn’t exactly short of cash after their $15.2 million series B round led by Horizons Ventures a year ago.

As it stands, China currently counts towards a third of Misfit’s global sales. Shine, which tracks activities such as swimming and biking was outdone by Jawbone’s Up24 wristband in U.S. and European markets, so the company is keen to work with Xiaomi to understand Chinese consumers and the Asian market better.

“There’s a reason that Xiaomi is the number one selling android phone in China, because they got right to the heart of what Chinese users want. We want a little bit of that water, of that insight,” said Vu. “We want to work closely with them to really figure out what are the products that Chinese consumers are really going to enjoy, and how to get in front of them.”

According to reports, Misfit is also planning to leverage Xiaomi’s ties with other hardware companies to shorten the cycle of product development. Its team of 130 people, less than a third of whom are hardware engineers, is facing mounting pressure to ramp up output to meet steep global demand.

The company is also in the process of building up its Chinese manufacturing capability – previously all its products were manufactured in South Korea. As yet, Misfit has not discussed any new products in the pipeline.