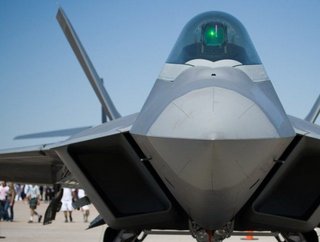 10. Caterpillar As the world’s leading manufacturer of construction and mining equipment, the company bridges the gene...

As the world’s leading manufacturer of construction and mining equipment, the company bridges the generation gap of a traditional slow-to-change industry with the ambition to develop rapidly through the use of robotics.

Every year, more than 800 employees around the world act as mentors under the FIRST program initiative, providing technical experience to students honing robotics and advanced engineering skills.

Siemens PLM Software has long been a frontrunner in the exploration of technological innovation, with a strong emphasis on the financial gains that can be made as a result of efficient manufacturing.

With a presence across numerous business sectors, the company’s work in robotics through its Tecnomatix Robotics and Automation Planning solution focuses on the development of automated production systems and their future relevance in various industries.

Panasonic recently capitalised on the industry leading MACH 2014 event in the UK to demonstrate its new TM 1400 welding robot.

The ‘Tawers Active Wire Process’ optimises the role of integration within welding, an area in which the company is becoming significiant global players in as it leverages its pre-existing expertise in electronics on a consumer scale.

In a similar fashion to Caterpillar, the world’s leading aerospace company is involving itself in the development of robotics through its dedication to people and skills development, and relating intiatives to that end.

Employee volunteerism comprises a large part of the company’s efforts while robotics fits in seamlessly to its role in STEM (science, technology, engineering and maths) programmes.

The leading global supplier of technology and services is working with some esteemed education institutions to boosts its role in robotics, incorporating autonomy, remote operation of robots, sensor integration and 3D mapping.

One of the world’s largest aerospace and defense contractors is renowned for its adoption of advanced technologies and has set up a subsidiary to cater specifically for its robotics operations.

Remotec is a leading manufacturer of remote control vehicles for explosive ordnance disposal, combining reliability and sturdiness with flexibility and speed to cope in high-pressure situations.

Renowned for the assembly of Apple’s trademark products, Hon Hai Precision Industry – or Foxconn as it’s more commonly known – has long highlighted the development of robots as the key to its future manufacturing plans.

The Technology Group subsidiary has also had to take regional issues such as labour costs and complex work conditions into account as it looks to significantly enhance its army of robots.

While the likes of Caterpillar and Boeing are using their existing technological prowess to help people in the industry, Honda Robotics is reversing the situation by developing its technologies by analysing people.

In an attempt to integrate the efficiency of robots with the intelligence of Honda’s humanoid robot research is one of the most renowned developments in automotive production.

As the name suggests, robotics is ABB’s field, and subsequently the company has the largest footprint of supplied robots across numerous industries.

Having installed 2 0,000 robots around the world, the leading producer of industrial robots was another OEM to display its latest innovations at the recent MACH exhibition where its innovation cells proved to be one of the highlights.

Operating across numerous sectors including aerospace, energy, telecommunications and advanced electronics, Lockheed Martin has long looked into the role of automation and niche robotics to not only enhance its own manufacturing capabilities, but to improve the supply of technologies to its vast array of global clients.

The significance of Lockheed Martin’s R&D comes not from the extent, but from the complex sectors it caters for though.

Having played a large role in the defence and supply operations for aerospace missions, the resulting K-MAX unmanned flying robot contains a great deal of safety hardware as well as the capabilities to provide relief to the most dangerous of conflict regions.

Unlike many of its industry colleagues, this company’s focus therefore transfers to how it can keep humans out of the picture, rather than learning from more personable functions, making the necessity for intelligent, remote technologies all the more significant.