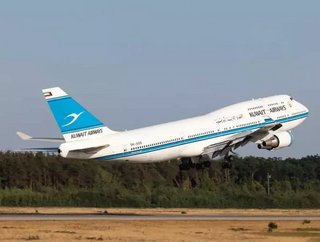 Air France and KLM’s engineering and maintenance division (AFI KLM E&amp;M) has signed a deal with Kuwait Airways to overhaul and maintain the engines...

Air France and KLM’s engineering and maintenance division (AFI KLM E&M) has signed a deal with Kuwait Airways to overhaul and maintain the engines on its fleet of Boeing 777-300ER aircraft.

Fabrice Defrance, Senior Vice President Commercial AFI KLM E&M, said: “We are delighted to be continuing our cooperation with Kuwait Airways, a long-standing client of the Group in the Middle East, and to assist them during the first few months’ operations of their new 777-300ERs.

“We will be capitalising on our expertise and know-how to provide them with the highest levels of service.”

This is one of many deals struck by airlines, manufacturers and maintenance companies in light of the recent 2017 Dubai Airshow, including the announcement of a $15bn deal between Boeing and Emirates for 40 787-10 Dreamliners.

Kuwait Airways has also been modernising its fleet with the recent integration of the 10 Boeing 777-300ERs, and has also placed orders for the delivery of A320neo and A350 aircraft. Founded in 1954, it is one of the oldest airlines in the Middle East.