Boeing CEO: US manufacturing jobs may soon be moved overseas 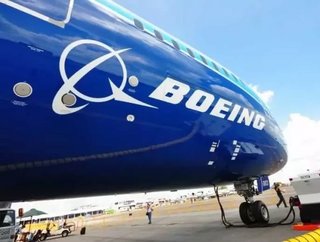 Boeing may have to relocate US-based engineering and manufacturing jobs overseas if Congress eliminates funding for the US Export-Import Bank, Chief Exe...

Boeing may have to relocate US-based engineering and manufacturing jobs overseas if Congress eliminates funding for the US Export-Import Bank, Chief Executive Jim McNerney said on Thursday.

"Most of my engineering and manufacturing jobs are in the United States and I'd like to keep it that way. But without Ex-Im financing, you'd have to start asking the question" about where they should be, McNerney said at a conference sponsored by the US export credit agency.

"Boeing can survive, for sure ... but the competitiveness dislocation would be significant," he added. "If Ex-Im goes away, you'd have the 'Wild West.'"

Boeing has about 165,000 engineering and manufacturing jobs in the United States, a company spokesman said. Some of an estimated 1.5 million jobs in the company's US supply chain could also be in jeopardy if US credit support ceased, McNerney noted.

The Ex-Im Bank, which serves US exporters and the buyers of US goods, is targeted for closure by some conservative Republicans who say it usurps the role of the private sector and provides "welfare" for big business. Boeing, a leading Ex-Im Bank beneficiary, favor multi-year renewal of the agency, which it says helps create jobs and poses low risk.

The bank's current funding is scheduled to run out in July.

McNerney said the loss of export credit support would give an advantage to Boeing's overseas competitors, who would still be able to rely on backing from their home agencies.

He said Boeing's overseas competition is already using the Ex-Im Bank debate in Congress as a sales tool by telling prospective buyers that US export credit support is not dependable. "That's a very effective sales strategy for our competitor right now," he told the conference.

McNerney came under fire ahead of the conference from the Republican chairman of the US House Financial Services Committee, who blasted the Boeing CEO for not accepting an invitation to testify about the Ex-Im Bank at a hearing expected in May or June.

"It is both curious and disappointing that Boeing's CEO can make the time to appear at what amounts to nothing more than a pep rally for Ex-Im's reauthorization, but is unwilling to make the case in a public forum open to congressional questioning," committee Chairman Jeb Hensarling, a Texas Republican who is critical of Ex-Im Bank, said in a statement on Wednesday.