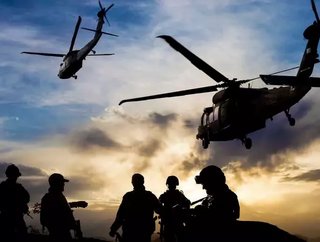 Additive manufacturer 3D Systems has announced the receipt of a $15mn contract from a US Army research lab. The Combat Capabilities Development Command...

Additive manufacturer 3D Systems has announced the receipt of a $15mn contract from a US Army research lab.

The Combat Capabilities Development Command Army Research Laboratory (ARL) has contracted 3D Systems and the National Center for Manufacturing Sciences to create the world’s largest, fastest and most precise metal 3D printer. The work put into the next generation of metal 3D printing technology is said to contribute both to US national security and potentially 3D Systems’ existing printers, which could integrate the new technology.

"The Army is increasing readiness by strengthening its relationships and interoperability with business partners, like 3D Systems, who advance warfighter requirements at the best value to the taxpayer," said Dr. Joseph South, ARL's program manager for Science of Additive Manufacturing for Next Generation Munitions. "Up until now, powder bed laser 3D printers have been too small, too slow, and too imprecise to produce major ground combat subsystems at scale. Our goal is to tackle this issue head-on with the support of allies and partners who aid the Army in executing security cooperation activities in support of common national interests, and who help enable new capabilities for critical national security supply chains."

With a planned build envelope of 1000 x 1000 x 600mm, almost 5 times the volume of current large-scale metal printers of 500 x 500 x 500mm, the printer is said to have a role in the supply chains of long-range munitions, combat vehicles, helicopters and air and missile defence.

"Through this project, we're looking forward to delivering a working manufacturing system like no other," said Chuck Hull, co-founder and chief technology officer, 3D Systems. "From the early years of 3D Systems, our desire to innovate has been fueled by our customers' drive to be leaders in their respective industries. The solutions we develop have complemented many manufacturers' processes to help maintain their competitive advantage. ARL has already realized the power of AM to transform its operations. We look forward to collaborating with them to scale and expand these capabilities by delivering first-to-market processes, materials, and technologies."