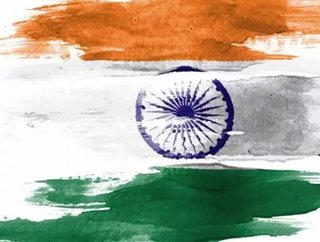 The Central Board of Excise and Customs (CBEC) brought some good news for local manufacturers of mobile phones, laptops, which will also give a boost to...

The Central Board of Excise and Customs (CBEC) brought some good news for local manufacturers of mobile phones, laptops, which will also give a boost to Prime Minister Narendra Modi's 'Make in India' initiative.

The apex indirect taxes body, CBEC, has said that only those manufacturing goods in India can enjoy a concessional 2% duty regime without availing of tax credit on inputs, not importers who will have to pay 12.5% countervailing duty.

Apart from domestic mobile phones, laptops and tablets manufacturers, coal producers will also gain from this directive. Earlier, this advantage to local manufacturers was taken away by the Supreme Court judgement. In a case related to SRF Ltd, the top court had directed that importers could avail of lower duty regime if they did not take tax credits.

Reportedly, this had risked plans of foreign investors such as Foxconn Technology Group and Softbank to set up manufacturing facilities in the country and had also placed at a disadvantage the existing plants of Samsung Electronics Co. and Huawei Technologies Co.

"In case of mobile phones, appropriate duty would need to be paid on inputs to be able to avail the benefit of concessional rates on final products. Accordingly, assembly of parts alone may not be a beneficial proposition," Bipin Sapra, a partner at EY, told Economic Times.

The Modi-led India government has been trying to boost domestic manufacture of electronic goods in view of large domestic market being serviced mainly by imports.

The financial daily reported that India shipped in almost $37 billion worth of telecom instruments, computer hardware and peripherals, electronic instruments and components, and consumer electronics goods in FY15, a 14% rise over the previous year.

A ET news report read t hat mobile phones attract excise duty of 1% and a 1% National Calamity and Contingency Duty if no central value added tax (CENVAT) credit on inputs used is claimed, while a 12.5% countervailing duty is levied on imported devices.

"The government has reinforced its commitment to promoting manufacturing in India by restoring the duty incentives to manufacturers of certain commodities," Sapra told ET.