Hinkley Point: what it means for the UK 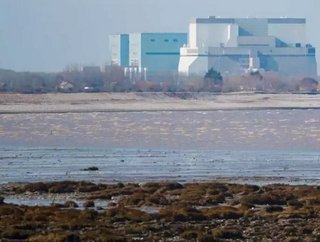 It has finally been confirmed that construction of a new nuclear power plant at Hinkley Point, Somerset, UK, will go ahead. The British government ha...

It has finally been confirmed that construction of a new nuclear power plant at Hinkley Point, Somerset, UK, will go ahead.

The British government has green lit the project, which will cost £18 billion, after imposing new safeguards. France and China are funding the project, with China requesting that it designs the station in exchange.

David Elmes, Head of the Global Energy Research Network at Warwick Business School, has 20 years of experience working in the energy and management consulting industries. He made the following comment regarding this news:

“This is what being painted into a corner feels like.  After a surprise delay by the new Prime Minister, Theresa May, the UK Government’s confirmation of the deal to build a new nuclear power station at Hinkley Point locks UK bill payers into an expensive source of energy for decades to come.

“The UK’s climate change commitments make it tough to provide electricity reliably at low emissions, but this deal was started a decade ago when we hoped the companies involved could deliver it on time and at a reasonable cost. The price UK bill payers are committing to through the government is now double and the start date has slipped at least eight years.

“The choices the UK has for the supply and use of energy have changed considerably since this deal was first conceived.

“The ability of governments, companies and financiers to commit to such huge projects has also faded. While those involved will be hugely relieved; we need a serious discussion of cost effective opportunities that offer as much or a greater contribution to the UK economy so we’re not boxed in to such a decision again.”