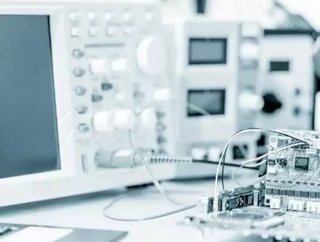 Four years of political negotiations are expected to reach a conclusionin the coming months as the European Council finalises its position onreforming l...

Four years of political negotiations are expected to reach a conclusion in the coming months as the European Council finalises its position on reforming legislation surrounding medical devices. For the NHS and other medical institutions, the impact is likely to be significant due to the introduction of second-level checks. This extra layer of quality control will extend the time it takes for potentially life-saving devices to reach patients.

According to Martyn Gill, Managing Director for EMEA at InfinityQS International, it has never been more critical for medical device manufacturers to have an effective quality system to adhere to these new standards. In line with the Council's proposals, software, physical instruments, apparatuses, appliances, and implants would all qualify as medical devices and fall subject to new safety and performance requirements. Gill suggests that these universal standards, more stringent than many of the current standards in place with individual EU countries, will force many manufacturers to adapt to higher standard of quality control.

“The most important feature of the new legislation for manufacturers is the introduction of the new expert group (the Medical Device Coordination Group), which will have the power to review and comment on medical devices before they are put on the market. Every component of a device will be checked, requiring increased visibility across the entire enterprise and supply chain.”

Gill continued: “Medical device manufacturers will have to register themselves, and the devices they place on the EU market, in a central database and fit their products with a unique device identifier to ensure traceability. This new, post-market surveillance system holds manufacturers responsible for ensuring the quality, performance, and safety of all of their devices. Beyond this approval process, the new regulations create complications for medical organisations’ preferred supplier agreements. In the event that suppliers are unable to reach the level of quality/consistency that the new body demands, medical organisations will be forced to cancel these preferential arrangements and look elsewhere for their components.

“Fortunately, the new regulations would go into effect three years after the entry into force, so manufacturers have time to prepare. The best approach is to implement a more effective quality management system, which can, among other things, track exactly where errors occur so they can be resolved quickly. In addition, the new standardised regulations will require quality across the supply chain to be monitored. By using a centralised quality control system, medical device manufacturers can attain full visibility across all production facilities and into supplier operations. This prevents situations in which errors in one plant cause an entire line of devices to be subject to review.”

Gill concluded: “Though the adoption of the new standards will likely be arduous, medical device manufacturers can address and overcome the challenges that arise with the right technology and processes. End-to-end visibility of the product lifecycle will be the key to confidently complying with the new requirements.”