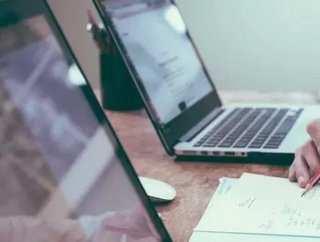 TWI Institute has gained exclusive rights to Isao Kato's standardised work methods and concepts and will turn them into training and coaching programs...

Albeit, many would consider it far from a sexy topic. There's little that could sound more boring than standardised work. But in actuality, standardised work fights variability, manufacturing's protagonist. The sharing of a common reference point for how tasks are to be performed allows an organisation to define standards for any given process and is the foundation for continuous improvement and Lean manufacturing philosophies such as Kaizen.

Instability in a process can lead to waste of all kinds, including longer setup times and higher scrap rates. Standardising ways of work brings consistencies, makes for easier training of new employees, eliminates waste, allows for the sustainability of improvements and ensures predictable results. All good things when it comes to manufacturing and trying to control costs while ensuring you deliver on time, on budget, and as promised.

The Toyota Production System (TPS) is legendary, having inspired Lean and other Japanese manufacturing philosophies and Isao Kato's contribution to its development should not be underestimated. Isao Kato spent thirty-five years working in manufacturing, human resources, training and supplier development at Toyota Motor Corporation. Under the direction of the famous Taiichi Ohno himself, he developed training material for the burgeoning TPS.

As the kids say, If you know, you know. But for those who don't, Taichi Ohno is the father of TPS and the devisor of the seven wastes. Mr Kato himself became known at Toyota as "the father of standardised work and kaizen courses" and a master instructor of Training Within Industry (TWI).

TWI's was born out of the US Military's need to meet the increased demand for wartime goods. As skilled labourers went off to war, the dynamic hands-on program allowed for the rapid training of unskilled workers entering the war production workforce.

Of the 600 client companies monitored by the TWI Service throughout the war:

In reference to the agreement, Scott Curtis, president and CEO of the TWI Institute, said, "Today, Training Within Industry remains relevant because of its unique methodology that empowers people on the frontline. TWI goes hand-in-glove with Standardised Work and prepares leaders and teams to build better skills, better relationships and better results."